Developers White Lodging and REI Investments have made some changes to their plans for a Courtyard by Marriott and a SpringHill Suites next door to the JW Marriott convention hotel, at the request of city planners. Among the changes: signs now will be individually lettered instead of box-style. They also are requesting a sign on the pedestrian walk over West Street, which will require a variance. The top rendering shows the original version and the two other renderings show some of the adjustments to the facade: 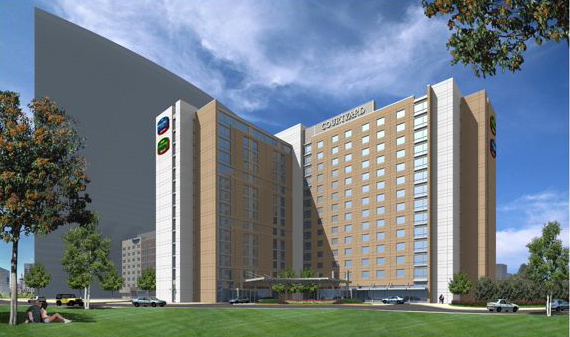 What do you think? An older post is here.