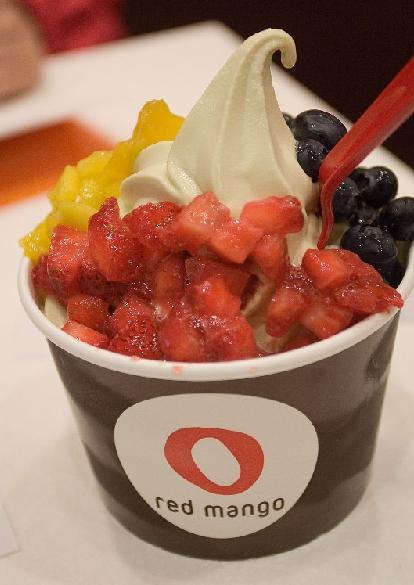 A hip frozen yogurt chain with a foothold in California and New York is getting ready to stake a claim in Broad Ripple. Red Mango has filed plans to open a shop along Broad Ripple Avenue between Brothers Bar & Grill and Union Jack’s Pub. The California-based chain, which got its start in South Korea, is taking about 900 square feet in Broad Ripple and also has plans for a location in West Lafayette. It has stores in 10 states, and is a “pioneer of the tart variety of nonfat frozen yogurt,” according to its web site. Anyone tried them? In other news from the same block in Broad Ripple, McVan’s Video Games, a small Fort Wayne-based chain, is planning a store next door to Red Mango. The chain already has locations in Evansville and Fishers.