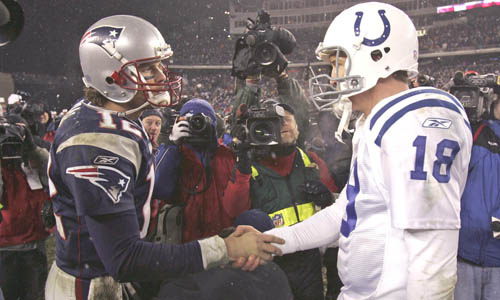 The Brett Favre saga in Green Bay had the guys on ESPN Radio yesterday morning discussing the possibility of the all-pro quarterback playing for another team next season if he comes out of his short retirement.

Mike Greenberg then asked the listening audience which professional player would seem the strangest playing in another uniform. That is to say, for a different team.

Who do you think of these four would be the most likely—or unlikely—to play for another team during their career?