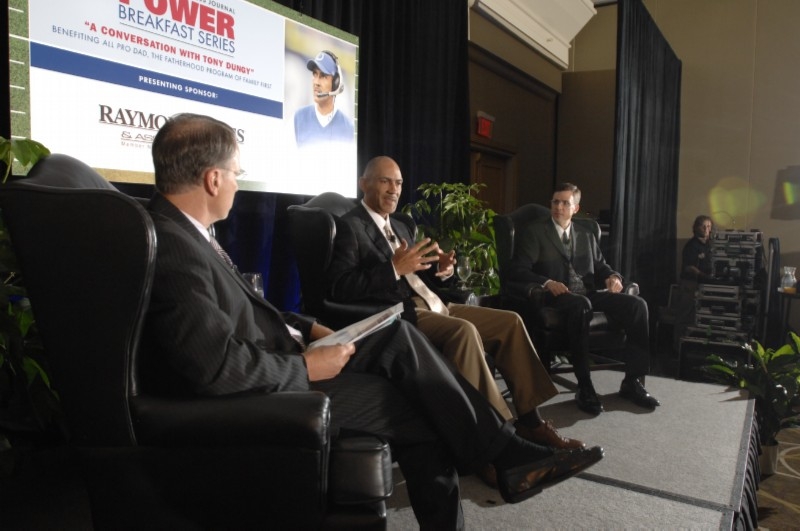 Indianapolis Colts Coach Tony Dungy likes Democratic presidential candidate Barack Obama. That’s just one of the interesting nuggets from this morning’s IBJ Power Breakfast featuring Coach Dungy. The coach stopped short of saying he’d vote for Obama. Dungy said he’s disappointed with the negative tone coming from both sides in this presidential campaign. Dungy said Obama and GOP candidate John McCain have devoted far too much time tearing down the other and not enough time focusing on how to make things better.

Another interesting revelation came when an audience member asked if Dungy had the choice to have lunch with any person, who would he choose? Dungy’s answer: legendary basketball coach John Wooden and Nelson Mandela, former president of South Africa. Dungy said he admires both men for what they’ve stood for and the courage they’ve shown through their convictions.

Colts fans breathed a sigh of relief when Dungy said this morning that Colts quarterback Peyton Manning is in solid physical shape and the team shouldn’t need to consider drafting a new franchise quarterback for at least five years.

Perhaps most importantly to Colts fans, Dungy said he couldn’t see himself coaching anywhere else besides Indianapolis or working for any other NFL owner besides Jim Irsay. And while he admitted that moving on to other things crosses his mind now and then, he said he still has some things to accomplish in football.