Indiana's beleaguered Indiana secretary of state requested an independent prosecutor to look into his allegations of vote fraud and homestead fraud against former Democratic Sen. Evan Bayh and his wife, Susan.

The firm of McGuireWoods announced Monday that former Sen. Evan Bayh would be a partner and strategic advisor to domestic and international clients on public policy matters. 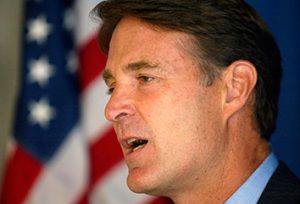 Bayh throws Democrats into a tizzy

The political world trembled on Feb. 15, when Indiana’s Democratic U.S. senator, Evan Bayh, announced he would not seek a third term.

Bayh says he will not run for governor in 2012

Many Indiana Democrats had hoped a Bayh candidacy for governor could begin reversing a string of setbacks for their party.

Democrats lost 12 House seats, two congressmen and a U.S. senator, and the party failed to win any of three state offices.

Indiana Democrats are looking for a life preserver heading toward 2012. And their best hope might rest with the man some blame in part for at least one of the party’s losses: retiring Sen. Evan Bayh.

Ellsworth struggling as race against Coats for seat held by Evan Bayh swings into final weeks.

Control of House key issue as election season revs up

One hundred Indiana House seats are on the ballot—though many fewer are competitive—but their outcomes may affect the state well beyond the two-year terms that the candidates seek.

Ellsworth, long the presumptive nominee, was chosen over Bob Kern of Marion County by the Democratic Central Committee.

Retiring Indiana Sen. Evan Bayh has contributed $1 million from his campaign funds to help the Indiana Democratic Party in
its quest to hold on to the seat.

Bayh, who announced last week that he would not seek a third term in the Senate, has wide legal flexibility in directing the
$12.2 million left in his campaign account.

Sen. Evan Bayh brought home the bacon—more than
$1.4 billion in federal appropriations and grants in just the last 12 months.

In the most significant retirement decision announced in Indiana since Reggie Miller hung up his sneakers, Democratic U.S.
Sen. Evan Bayh said Dec. 15 he would not seek a third U.S. Senate term. That decision also sent shock waves through
the ranks of Democratic lawmakers in Indianapolis, none of whom had any advance word.

HETRICK: Why it’s so hard to be a legislative voice of reason

After Sen. Evan Bayh’s bombshell announcement, I’m even less likely to ever run for office.

The only Democrat seeking to run for the Senate seat being vacated by Sen. Evan Bayh has missed out on qualifying for Indiana’s
May primary ballot.

Former Republican Sen. Dan Coats’ campaign says it has enough petition signatures to put him on Indiana’s May primary ballot
as he seeks the Senate seat Democrat Evan Bayh is leaving.

Sen. Evan Bayh’s decision not to seek a third term left Indiana Democrats on Monday scrambling to identify a general election
candidate while grappling with the loss of their most reliable vote-getter and the only party member to win a statewide office
in the past decade.

Tired of partisan politics, Sen. Evan Bayh told a standing-room-only crowd at an Indianapolis news conference Monday afternoon
that he will
eschew reelection and wants to “serve society in another way.”

Fed up with Congress, Bayh will not run for third term

U.S. Sen. Evan Bayh has a news conference scheduled for 2 p.m. at IUPUI’s
University
Place Conference Center and Hotel, where he will announce that he won’t run for re-election. "I  do not love
Congress," he said in a prepared statement.