Indianapolis Power and Light Co. is suing its engineering consultant over an industrial accident that spilled 30 million
gallons of polluted water into White River.

IPL, a subsidiary of Arlington, Va.-based AES Corp., operates a 344-megawatt
coal-fired power plant called the Eagle Valley Generating Station in Morgan County. Once burned, the coal turns to ash, which
is then removed from the plant through a system of movable water pipes and discharged into five retaining ponds. 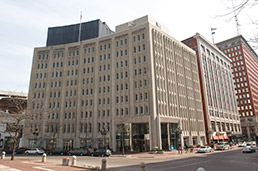 IDEM fined IPL after a pair
of spills from its Eagle Valley plant. (IBJ File Photo)

According to its federal lawsuit, filed
Jan. 29, as well as Indiana Department of Environmental Management records, Eagle Valley’s ponds are contained
by a system of dikes. But on Feb. 14, 2007, one of the dikes breeched, releasing liquid ash effluent onto IPL’s property
and ultimately into the adjacent White River.

IPL alleges it hired Lexington, Ky.-based Fuller Mossbarger Scott
and May Engineers Inc. to examine the breech, supervise its repair, and improve Eagle Valley’s dike system to avoid
future accidents. According to documents included in the suit, IPL paid its consultant $45,500 for the job.

But
on Jan. 30, 2008, Eagle Valley’s dike system failed again, according to its lawsuit. IDEM investigated both incidents,
and found the second levee breech occurred in the same location as the first.

IDEM assessed IPL a $23,800 civil
penalty. It also required IPALCO to study the site, submit its findings to IDEM, implement repairs, and follow up with regular
inspections. If IPL fails to comply with IDEM’s time line, it’s subject to $500-per-week penalties.

IPL’s federal lawsuit against Fuller Mossbarger Scott and May Engineers—which was acquired in 2008 by Alberta,
Canada-based Santec Inc.—attempts to assign responsibility and liability for the second spill to the engineering consultant.
IPL seeks compensatory damages, as well as the costs and fines it incurred responding to the second effluent spill.