The IHOP restaurant chain is trying to regain a foothold in central Indiana with two locations under construction and at least three more in the works. 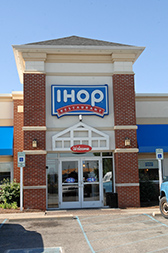 The chain also is scouting sites for new restaurants in Brownsburg, Carmel and downtown Indianapolis. In recent years, the chain had closed stores across from Castleton Square Mall, at 16th and Meridian streets, and on Michigan Road.

The chain, which is part of California-based DineEquity Inc., has Indianapolis restaurants on East 56th Street and U.S. 31 South, and a location in Avon on U.S. 36.

The franchisee who owns the local stores is Mike Ruben. Locally based Thompson Thrift is handling development and construction.