The Leadership in Energy and Environmental Design, or LEED, designation from the U.S. Green Building Council recognizes the improvements Summit made to both the interior and exterior of the century-old building. 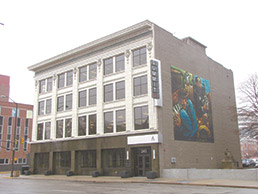 “To say it was distressed was an understatement,” said Susie Viehmann, Summit’s vice president of marketing and business development.

Summit, formerly based in Chase Tower, bought the four-story building in late 2010. It spent more than $3 million to acquire and renovate it.

The brokerage occupies part of the second floor and the entire third and fourth levels.

Summit earned the environmental accolades by including a variety of green-friendly features, including carpeting made from recycling materials, paints with low or no volatile organic compounds, and HVAC and LED lighting systems with energy-efficient controls.