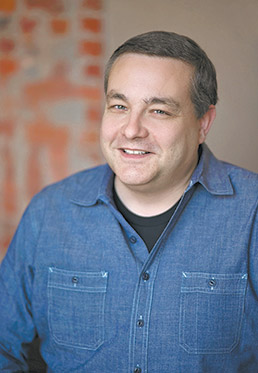 The Internet of Things:

CloudOne CEO John McDonald talks a lot about “the Internet of Things”—devices connecting to one another and sending data. CloudOne’s most recent growth has come from helping companies create platforms to design, build and analyze their Internet of Things.

Cummins offers something called “connective diagnostics.” Inside each engine, McDonald said, is a system that collects data about the engine’s performance. That data is uploaded to CloudOne’s virtual private cloud. A series of software components in that cloud puts the information in a database and lets Cummins analyze the statistics for trends and changes that might need to be made. Cummins can sell the data to fleet operators. CloudOne proposed, designed, piloted, tested, implemented and operates the system.

Five years ago, using a cloud for the activities was cutting-edge. So businesses first said, “What’s a cloud?” Then they worried about security. CloudOne uses a virtual private cloud, which isn’t connected to the public Internet, which makes it more secure. When CloudOne started, its primary business was managed services for companies doing traditional software development. It continued to add services, including embedded software development (software that’s part of hardware like medical devices and auto components), plant and factory operations (helping manage the machines on the production line) and, most recently, analytics.

Access to capital is tough for startups in the Midwest—much tougher than in Boston or Silicon Valley. “That tends to create companies that are much more conservative, and funded much more conservatively,” McDonald said. CloudOne, he added, “has been relatively unfunded,” which makes it harder to grow the business. “But so far, so good.”

As companies move toward the Internet of Things, “we’re well positioned to help them leverage what they’re doing,” McDonald said. “There’s going to continue to be massive spending on IoT projects for the foreseeable future. So that’s a good trend to be part of.” •