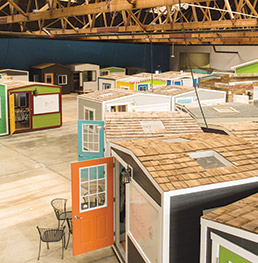 If you’re going to hire DeveloperTown, Managing Partner Michael Cloran said, do so at the start of a project. His company is a consulting firm whose designers, Web developers and marketers help startups and established corporations launch products and startups. “We want to be involved in the design phase to figure out how to bring the product to market strategically,” he said.

How it works best:

“We’re worth every penny for that first phase of a project, building the foundation and getting off the ground,” Cloran said. “We’re worth double the pennies for that first six months or nine months or 12 months. Then we’re about break even for year two. And then you should be hiring your own people.”

Cloran acknowledged that, although DeveloperTown has experienced revenue solid growth—north of 20 percent each year—it’s fallen down when it comes to building its own reputation. “We haven’t gotten the word out to our target market very well that this is who we are and what we do,” he said.

DeveloperTown expects to grow from 38 to around 50 employees in the next year, Cloran said. At that point, the company will have to decide whether to expand to other cities, or whether to do something new in addition to its core focus on starting strategic technology projects. “We’re still mulling that question,” he said. “Right now, we want to get to target size.” •