The Heartland Film Festival gets rolling Oct. 16. Those who have attended in years past will find a few changes.

First, instead of holding its awards celebration early in the fest, the festival is giving out prizes on the second Saturday—specifically Oct. 24, at the Murat. Opening weekend will now feature a batch of premieres and parties at AMC Traders Point (the other primary venue is AMC Castleton Square 14). There’s also a new Indiana Spotlight Competition with a $5,000 purse.

Of course, the movies are all new as well. As a festival jurist, I screened many of them, continuing after the judging with some of the out-of-competition offerings. Here are some I’d recommend—with the caveat that part of the pleasure of a film festival is discovery. I encourage you to also check out something out of your comfort zone—a short film program, perhaps. A documentary about a subject you know little about, or a film from a country you’ve never thought about.

One thing is certain: After the screening, there will be people around to discuss it with—perhaps even the filmmakers.

Some I didn’t get to screen but hope to catch include “I Saw the Light,” a docudrama about Hank Williams starring Tom Hiddleston; “The 33,” a drama about the 2010 Chilean mine collapse starring Antonio Banderas; “Monty Python and the Meaning of Life,” about the comedy troupe’s 2014 regrouping; and “Raiders! The Story of the Greatest Fan Film Ever Made,” which documents the efforts of a group of kids who, beginning around age 11, tried to make a shot-for-shot remake of “Raiders of the Lost Ark.”

For a full schedule, visit www.hearltandfilm.org.

“The Ambassador to Bern”: If you liked “Argo” (or, for film buffs, if you like the work of Costa-Gavras), consider catching this hostage drama based on the true story of the 1958 brief takeover of the Hungarian embassy in Switzerland. Knowing little of the history actually helps make this more compelling viewing. 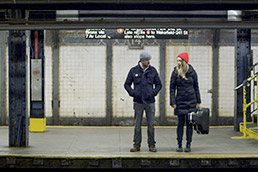 “Keep in Touch”: A solid original score by singer-songwriter Gabbi McPhee contributes significantly to this unpredictable and ultimately moving story about a troubled man who, after finding out a former love was killed in a car accident, proceeds to strike up a relationship with her sister.

“Very Semi-Serious”: A slide presentation of the best New Yorker cartoons would provide plenty of laughs—and perhaps a bit of head-scratching. This documentary features many of them, but it goes beyond the single-panel gags to explore the selection process and the lives of the venerable magazine’s cartoon editor and the artists who create—and steadily pitch—their work.

“India’s Daughter”: This disturbing documentary concerns the 2012 gang rape in India that led to protests and focused needed attention on gender inequality there. The filmmakers don’t shy away from the hideous facts in the case—and the ugly attitudes that make such crimes possible—and they go a step further by providing needed context, giving voice to not only the victim’s family but also the family of the rapists. 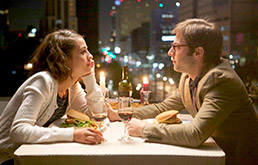 “Happy Times”: You could probably name a few dozen films about couples overcoming their differences to find true love. Fewer films center on couples who realize they aren’t meant for each other. This Spanish-language comedy concerns a cartoonist who resorts to contacting an agency that promises to help in the breakup department. Of course, he should have read the fine print on the contract.

“Romeo is Bleeding”: Not to be confused with the Gary Oldman 1993 crime drama of the same name, this documentary looks at the efforts of poet Dante Clark to transcend the turf wars in his Richmond, California, neighborhood and stage an all-too-close-to-home adaptation of “Romeo & Juliet.” Part of the strength of the film comes in its skillful showing of how easy it would be for Clark to slip back rather than help transform the culture.