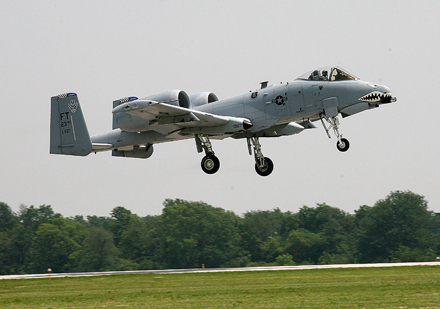 After a three-year hiatus, an aviation event is returning to the Indianapolis Regional Airport in Mount Comfort.

Organizers involved with popular Indianapolis Air Show, which ended a 16-year run in 2012, are returning this year with the Indy Air Expo, set for Sept. 17-18.

Proceeds from the event will benefit the Shriners Hospitals for Children in Cincinnati, Chicago, St. Louis and Lexington, Kentucky. The Murat Shriners of Indianapolis are a primary financial backer of the four hospitals.

The Indianapolis Air Show was a major annual event in central Indiana, drawing up to as many as 100,000 spectators. But organizers called off the show indefinitely in 2013, citing the impact of the federal government’s sequestration cuts as the reason.

Dozens of air shows that drew thousands of people and generated millions of dollars for local economies were canceled in 2013 after the military grounded its jet and demonstration teams because of automatic federal budget cuts.

For years, the biggest draws at air shows had been the military's two elite jet teams, the U.S. Navy's Blue Angels and the U.S. Air Force's Thunderbirds. The armed services also provided fighter jets and the U.S. Army Parachute Team, known as the Golden Knights.

But those teams were grounded to save money, and the military also dramatically curtailed its help with ground displays of various aircraft.

Those cutbacks affected more than 200 of the approximately 300 air shows held in the United States each year, according to the International Council of Air Shows.

The Blue Angels had been a popular attraction for the Indianapolis Air Show, and their unavailability was big factor in the decision to shut down the event.

The new Indy Air Expo isn’t counting on thrill shows to draw crowds (although the Blue Angels are on the wish list for future years). The remodeled event is emphasizing public education about aviation and careers in related fields.

The event also will offer airplane rides, exhibits of modern and vintage aircraft, and car and motorcycle shows.

“The Indy Air Expo's goal is to have a more diversified event and not just a major act," Susan Decker, spokeswoman for the new event, said in an email to IBJ. “The diversification allows for many public education components focused on science, technology, engineering and math.”

Organizers are hoping to see crowds in the tens of thousands for the two-day event.

Admission to the event is free for all veterans and children 15 and under. Ticket prices for others range from $20 to $100.

More information can be found on the event’s website.