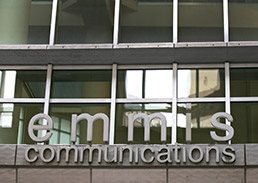 With the deal, Emmis has divested all its publishing assets except for Indianapolis Monthly, which it intends to continue to operate.

“We have been honored to own and operate these marquee titles, with some of the most dedicated, creative employees in the business,” Emmis CEO Jeff Smulyan said in written remarks. “We wish all of them well, and hope they enjoy tremendous success in the future.”

Emmis announced in August that it was pursuing strategic alternatives for its publishing division in order to pay down debt. It sold Texas Monthly magazine in October to private equity firm Genesis Park LP for $25 million.

“It is always difficult to make a decision to sell, but this step helps us to continue to address our debt leverage and to focus on our growth initiatives,” Smulyan said.

Emmis shares fell 7 cents Tuesday prior to the publishing sale announcement and closed at $2.77 each.