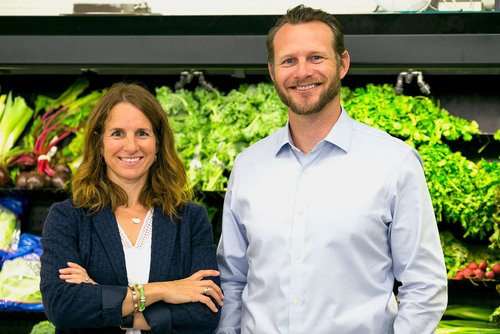 Editor's note: The headline for a previous version of this story referred incorrectly to the grocery brand as "Feedler's."

An Ohio-based company that in June bought 15 Marsh Supermarkets locations announced on Tuesday that all but one of the stores will operate as Needler’s Fresh Market, a newly created moniker.

The stores were bought by Findlay, Ohio-based Generate Growth II, which is affiliated with Findlay-based Fresh Encounter Inc., the manager of 59 groceries in Indiana, Ohio and Kentucky. The sole Marsh that won’t be getting the Needler’s Fresh Market name is in Van Wert, Ohio. It will go by Chief Supermarket because of its proximity to stores already flying that banner.

The new name is a nod to the Needler family, which is in its third generation in the grocery business. Michael Needler Jr. owns Generative Growth II with his sister, Julie Needler Anderson. The company, which now owns 25 groceries, outsources management to Fresh Encounter, which was founded by their father, Michael Needler, in 1995.

“My sister, Julie, and I have grown up in the grocery business and look forward to bringing our genuine family values to the former Marsh stores,” Michael Needler Jr. said in a statement. "I know customers will begin to experience the pride we feel serving our friends and family every day.”

Fishers-based Marsh attempted to sell all 44 of its remaining stores through a bankruptcy auction in early June. Cincinnati-based Kroger Co. scooped up the leases for 11 stores for $16 million, while Generative Growth II bought 15 for $8 million. The other leases went unsold, though Safeway has since leased the Beech Grove location.

Generative Growth II's purchases include the lease for the Lockerbie Marketplace Marsh downtown, as well as for the Marsh at 11625 Fox Road near East 79th Street and Oaklandon Road in Lawrence and the one at 5802 W. U.S. 52 in New Palestine. The other locations Generative bought are outside the Indianapolis area.

Kroger, meanwhile, bought the Marsh at 227 W. Michigan St. downtown, as well as groceries as far north as Muncie and as far south as Bloomington. It said last month that it will spend $20 million to renovate and reopen seven of them. The fate of the other four—at 1435 W. 86th St. in Indianapolis, 12520 E. 116th St. in Fishers, 2904 S. State Road 135 in Greenwood, and 123 S. Kingston Drive in Bloomington—is uncertain.

Generative Growth II said it will complete the interior and exterior branding of the Needler’s Fresh Market locations by the end of October. Advertising with the Neelder’s Fresh Market name will debut Sept. 15.