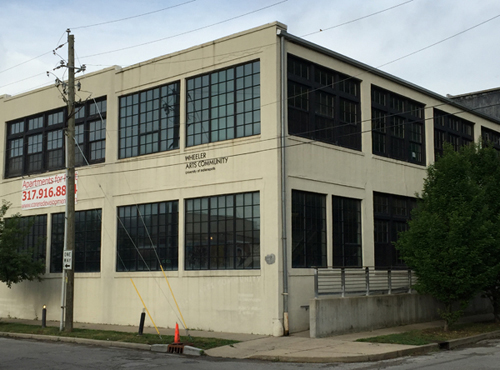 The buyer of a historic building in Fountain Square has received zoning approval to add more apartments to the property as part of its plans to convert the structure from affordable to market-rate housing.

Core needed to rezone the property because the current classification only allows for up to 45 apartments. The building currently houses 36 affordable units, but Core wants to increase the number to between 52 and 54 by constructing new apartments in underutilized space in the two-story, 51,750-square-foot structure.

Affordable-housing advocates, however, have opposed the developer’s plans to convert the building to market-rate housing, because the Wheeler building is the only affordable-housing option left in the revitalized Fountain Square neighborhood.

“The change in use will negatively affect the neighborhood’s property values by causing further gentrification, because there will be decreased affordability and, as a result, decreased diversity across the median income households and diversified community,” local resident Gary Reiter told the Metropolitan Development Commission on June 6.

MDC approved Core’s rezoning request by a vote of 5-1.

Core is buying the Wheeler building from Southeast Neighborhood Development and plans to spend $1.5 million on improvements. Built in 1900, it was expanded in 1920 and renovated in 2000 as part of a SEND project to bring affordable artist lofts to Fountain Square as part of the enclave’s renaissance.

A private investor in the renovation is no longer involved, after the 15-year tax credits that helped finance the project expired, prompting SEND to seek proposals to sell the building.

Rents for the 1,000-square-foot units are too low to produce enough income to make costly repairs and well below market rate for rejuvenated Fountain Square, a SEND official told IBJ last year.

“The location’s incredible, and it has incredible character,” said Core Redevelopment owner John Watson. “It has some masonry issues and some window issues, and some things that need updating. Over time, we’ll be doing those things.”

MDC’s decision to grant the rezoning only hinged on the number of units Core wants to add and not on its plans to convert the building to market-rate housing. The Indiana Housing & Community Development Authority has agreed to release Core from the affordability requirement.

“It’s not popular; we understand that,” said Eric Seal, a developer at Core Redevelopment, during the rezoning hearing. "The process is under way to make it market rate. That doesn’t affect this request.”

Under the terms, current tenants can remain in the building at restricted rents for three more years. Core plans to build new apartments in underutilized space and in the building’s theater.

SEND has its office in the building and has called Fountain Square home for several years while it helped to revitalize the area. But the group plans to move east to the Twin Aire neighborhood this summer, now that it considers its work at Fountain Square done.

The Wheeler building is named for one of its original tenants, the Wheeler-Schebler Carburetor Co., which manufactured carburetors there from 1911 to 1951. Frank Wheeler and George Schebler formed the partnership and lent their names to the Wheeler-Schebler Trophy, a precursor to the Borg-Warner trophy presented to winners of the Indianapolis 500.

In 1941, Wheeler-Schebler sold the building to the Ransburg Corp., which developed the process of electrostatic painting. Ransburg left the building in 1976 and sold it to R.L. Hartley Corp., which occupied it until 1985. The structure sat vacant for more than a decade, until SEND helped to revitalize it.

Core Redevelopment specializes in historic renovations. Among its most notable projects is Stadium Lofts, a conversion of the former Bush Stadium on West 16th Street into 138 apartments that opened in 2013.