Home » 2018 Year in Review: Local firms are targets in big year for acquisitions 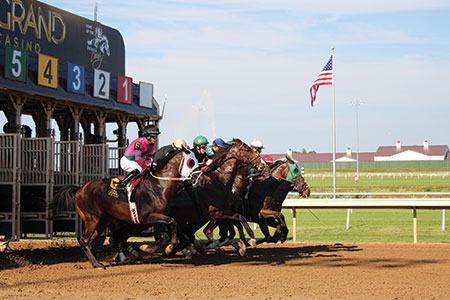 In a busy year of acquisitions involving Indiana companies, most of the deals consisted of out-of-state players buying Hoosier businesses.

Eli Lilly and Co. was one of the few local companies to buck the trend, by making a deal to acquire San Francisco-based ARMO BioSciences Inc.

◗ Indianapolis-based tech firm Octiv Inc. was acquired in March by Conga, a Colorado-based document automation firm with about 350 employees, but retained its local presence. Octiv was founded in 2010 as Tinderbox Inc.

◗ Greensburg-based MainSource Financial Group was acquired in April by Cincinnati-based First Financial Bancorp in an all-stock transaction valued at $1 billion. The banks each operated more than 100 branches in Ohio, Indiana, Kentucky and Illinois, but were expected to close about 50 branches after the merger.

◗ Eli Lilly and Co. announced in May that it would pay $1.6 billion in cash for San Francisco-based ARMO BioSciences Inc., a publicly traded company that is a rising star in the burgeoning field of immuno-oncology.

◗ United Kingdom-based JD Sports Fashion Plc completed its $558 million acquisition of 36-year-old Indianapolis-based retailer Finish Line in June. JD operates more than 1,000 stores in Europe and had $3.4 billion in revenue in 2017, while Finish Line has about 555 stand-alone U.S. stores and $1.8 billion in 2017 revenue.

◗ Allegiant International LLC, an Indianapolis-based consulting firm that has seen tremendous growth in recent years thanks to its work with General Motors, was acquired in June by Cincinnati’s engineering firm, Belcan LLC.

◗ Indianapolis-based education software firm ClearScholar Inc. was acquired in June by Civitas Learning Inc., an Austin, Texas-based education-tech company that supplies its data-gathering and packaging platform to more than 350 colleges and universities.

◗ Centaur Gaming, the Indianapolis-based owner of Hoosier Park in Anderson and Indiana Grand in Shelbyville, was acquired by Las Vegas-based Caesars Entertainment Corp. in July for $1.7 billion.

◗ Vectren Corp. shareholders in August approved the company’s proposed $6 billion merger into CenterPoint Energy Inc. Evansville-based Vectren, which supplies gas or electricity to more than a million customers in Indiana, ranks as the state’s 13th-largest public company, with $2.4 billion in annual revenue.

◗ Delivra, one of the city’s oldest marketing-technology software firms, was acquired in September by Australian-based Campaign Monitor, a global software-as-a-service company specializing in email marketing. Delivra was founded in 1999.

◗ Endocyte Inc., the West Lafayette-based biotech firm that has been trying to develop “smart” cancer drugs for more than two decades, agreed in October to be bought by Swiss pharmaceutical giant Novartis AG for $2.1 billion. Novartis made the deal to get its hands on Endocyte’s experimental drug for prostate cancer.

◗ Greenwood-based One Click Ventures announced in December it had been acquired by the multinational eyewear company FGX International. No terms were disclosed but the company will remain in Greenwood with co-founder Randy Stocklin staying on.