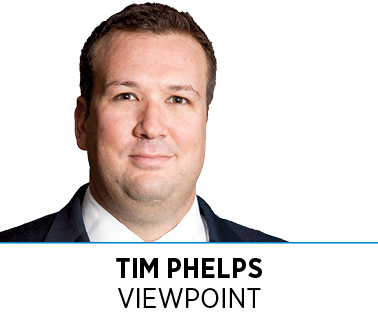 The Northern Indiana Public Service Co. turned heads last year with the stunning announcement that it would phase out its remaining coal-fired power plants by 2028 and shift to investments in wind and solar energy along with better storage and equipment.

If you’re looking for the piece where a conservative decries government mandates and increased costs for consumers, this isn’t it.

In the announcement, the regulated utility calculated that the move would save consumers $4 billion over the next 30 years—and the best part for conservatives is, the government didn’t make NIPSCO do it.

The utility simply decided it was in its economic interest to retire outdated energy technology and switch to cutting-edge renewable-energy sources, which have fallen drastically in price over the past decade.

For years, conservatives have supported an “all-of-the-above” energy policy as a way to support home-grown energy and lower energy costs. In the NIPSCO instance, as determined by a competitive bidding process, Indiana-made renewables came out cheaper than fossil fuels.

That’s a good thing, and it isn’t happening just in Indiana. The investment banking firm Lazard recently released updated Levelized Cost of Energy projections and once again found that utility-scale wind and solar was the cheapest form of energy—without government subsidies.

These private-sector success stories—nationally and in our state—deserve robust praise because they showcase the free market working exactly as it should. That is why conservatives should support efforts like NIPSCO’s to use free-market ideas to lower costs, instead of clinging to the old model.

Former Virginia Attorney General Ken Cuccinelli called the shift to clean energy “the Uberization of electricity,” drawing a comparison to ride-sharing services like Uber and Lyft that disrupted the century-old, highly regulated taxicab industry by empowering both consumers and drivers.

This shift isn’t going to happen overnight. After all, coal and other fossil fuels remain an integral part of our state’s economy and for decades have helped Indiana achieve the competitive advantage of lower energy costs. But in the coming decades, as wind and solar energy become even more financially advantageous, we have a responsibility to clear away unnecessary government regulations that often litter the path to private-sector success.

To paraphrase the late economist Milton Friedman, governments never learn: Only people do.

We Hoosiers are the kind of people who understand that industry can’t innovate if it’s suffocating under layers of protectionist red tape. Ratepayers across Indiana deserve options that will lower their bills and bolster our economy. Thanks to NIPSCO for setting a trend that other utilities in our state should strongly consider following.•

Phelps is executive director of the Indiana Conservative Alliance for Energy.