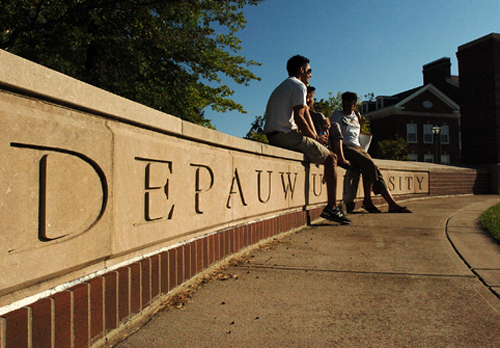 DePauw University plans to eliminate 56 full-time administrative positions and 17 part-time jobs as part of a restructuring at the private university in Greencastle.

A letter sent Tuesday to “Members of the DePauw Community” from school President D. Mark McCoy and Board of Trustees Chairwoman Kathy Patterson Vrabeck said university officials decided employment levels at the college were not financially sustainable.

Fifteen of the full-time positions and two of the part-time jobs being cut are already vacant, the letter said.

In a separate letter sent to faculty, McCoy said the board has spent several months reviewing data that compare DePauw “with university peers around the country who are operating at a balanced budget or surplus.”

DePauw, he said, has 125 more employees, on average, than those peer universities.

McCoy and Vrabeck said no faculty or academic programs were being eliminated, but the school does plan to offer a voluntary retirement incentive plan to faculty and make changes to the sabbatical program.

“Although restructuring is the right and necessary decision, it was not an easy one,” McCoy said. “We realized, however, that by acting now we are able to provide substantial separation packages that are well above the industry norm for our valued staff, allow them a lengthy time to transition, and provide extensive resources to assist them.”

McCoy said recently announced improvement initiatives at the university have increased the need to raise revenue.

DePauw, a four-year liberal arts college about 45 miles west of Indianapolis, has about 2,150 students and 228 faculty. The 182-year-old school has an annual budget of $155 million and an endowment $731 million.

Tuition, room board and fees at the university are listed at $62,724, but 58 percent of the students get need-based financial aid packages that average about $35,500.

DePauw was ranked 56th in the category of top national liberal arts colleges in the latest U.S. News Best Colleges rankings. The school said 97 percent of its 2018 graduates were in graduate school or in their first job within six months of graduation.

Many small universities are facing financial pressure. Moody's Investors Service reported in July that private college closures nationwide have increased to a rate of about 11 per year. That pace is expected to quicken in coming years.

Among recent closures was Saint Joseph’s College in Rensselaer, Indiana. The Catholic liberal arts school, founded in 1889, was forced to shut down in 2017, leaving some 1,100 students in the lurch.

The Moody’s report also said one in five small private colleges is under fundamental stress from falling tuition revenue and rising expenses.

With its $731 million endowment, DePauw would appear to be in better condition that many other small colleges.