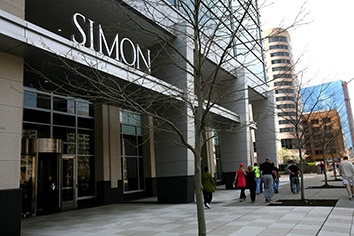 The site, shoppremiumoutlets.com, is in beta testing now with Simon’s VIP Club customers. The company expects to fully launch the site to the general public later this spring.

"Millions of people love shopping Premium Outlets, and SPO will offer them the convenience of discovering the best outlet deals, anytime and anywhere,” Simon CEO David Simon said in a written statement. “We're beta-testing the platform with just under 2,000 brands and over 300,000 products.”

David Simon has previously referred to the project in communications with investors as the company's "fifth platform," though the company has not gone into specifics until now.

Using the site, customers can learn about year-round and limited-time offers from retailers at Simon outlet properties.

Simon, founded in 1960, today is best known for its shopping malls, one of its platforms. That remains its most profitable sector, generating 48 percent of net operating income, but its discount platforms—outlet malls and Mills-branded malls—together are close behind, at 42 percent. Its international properties generate the remaining 10 percent.

Simon is a real estate investment trust that owns, develops and manages shopping malls both in the U.S. and elsewhere. As of Dec. 31, the company owned or held an interest in 206 U.S. properties, including shopping malls, outlet malls, lifestyle centers and other retail properties in 37 states and Puerto Rico.

The company also had ownership interest in properties in Canada, Mexico, Europe and Asia.