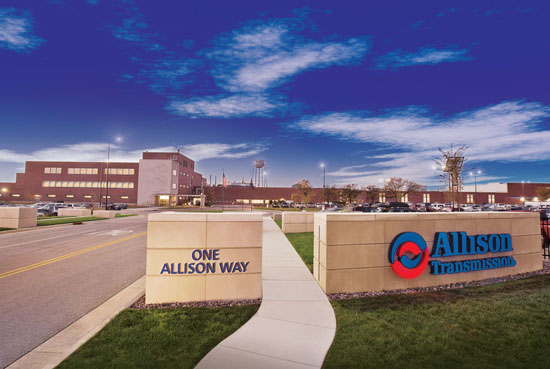 Indianapolis-based Allison Transmission Inc. is asking the city for a $2.7 million tax break on a $34.5 million vehicle-testing facility it plans to build on the campus of its global headquarters in Speedway, creating 193 jobs.

Between constructing and equipping the 60,000-square-foot project, Allison expects to spend $34.5 million, according to information it provided to the city. The $2.7 million in savings on real and personal property taxes would be accrued over a 10-year period.

Allison announced on Feb. 28 that it planned to build the Vehicle Environmental Test facility, which would open in 2020. At the time, Allison did not reveal the cost of the project or how many jobs it would create.

Members of the Indianapolis Metropolitan Development Commission are set to consider Allison’s request at its meeting at 1 p.m. Wednesday at the City-County Building.

The VET would be designed for research and development. It would include two environmental chambers capable of simulating temperature extremes, altitude, and on-road conditions. That would enable Allison to test for regulatory compliance, on-board diagnostic development, and performance improvements.

When the facility is not in use by Allison, third parties would be able to utilize the chamber for their own testing, the company said.

Allison, the world's largest manufacturer of fully automatic transmissions for medium- and heavy-duty commercial vehicles, was founded in 1915. It employs about 2,900 people worldwide, including about 2,400 in Indiana.

The VET facility would result in the creation of 193 jobs with an average wage of $20.93 per hour, according to information Allison provided to the city. The firm also says VET would help it retain more than 2,300 positions that pay an average wage of $35.45 per hour.

Department of Metropolitan Development staff has recommended approval of the two abatement requests, saying such a project would not be feasible without the tax abatement incentives.

Allison Transmission is a publicly traded Fortune 1000 firm with a market capitalization of $5.7 billion.

It’s not unusual for large companies to request tax abatements on local projects. In mid-March, the city approved a $7 million tax abatement on a $91 million investment that Indianapolis-based pharmaceutical giant Eli Lilly and Co. has planned for its Lilly Technology Center on Kentucky Avenue.

Allison also is in talks with the Indiana Economic Development Corp. to receive state tax incentives for the project, according to an Allison spokeswoman.