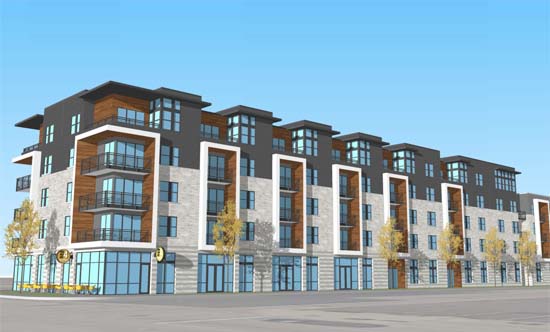 An Indianapolis-based apartment developer that plans to build a $17.5 million complex on the southern edge of downtown is requesting a long-term tax break from the city that would save it $1 million.

BWI LLC has earmarked a 1.1-acre parcel that runs along the south side of Morris Street between Illinois and Meridian streets for the 97-unit project, to be called 1202.

The land has been largely vacant over the years, except for an L-shaped apartment building on the southwest corner of Morris and Meridian streets. An affiliate of BWI purchased the apartment building in 2015 for $170,000, according to county assessor records.

The Indianapolis Metropolitan Development Commission will consider BWI’s request for a 10-year real property tax abatement during its meeting on Wednesday afternoon.

BWI has told city officials that the project would create five jobs at an average wage of $17.50 per hour.

Department of Metropolitan Development staff have recommended approval of the tax abatement.

Founded in 2005, BWI is a minority-owned real estate development firm that specializes in multifamily development, construction and property management.

Its recent projects in Indianapolis include the 49-unit Overlook at the Fairgrounds on East 38th Street and the 38-unit Penn Place at 1415 N. Pennsylvania St. for formerly homeless residents.