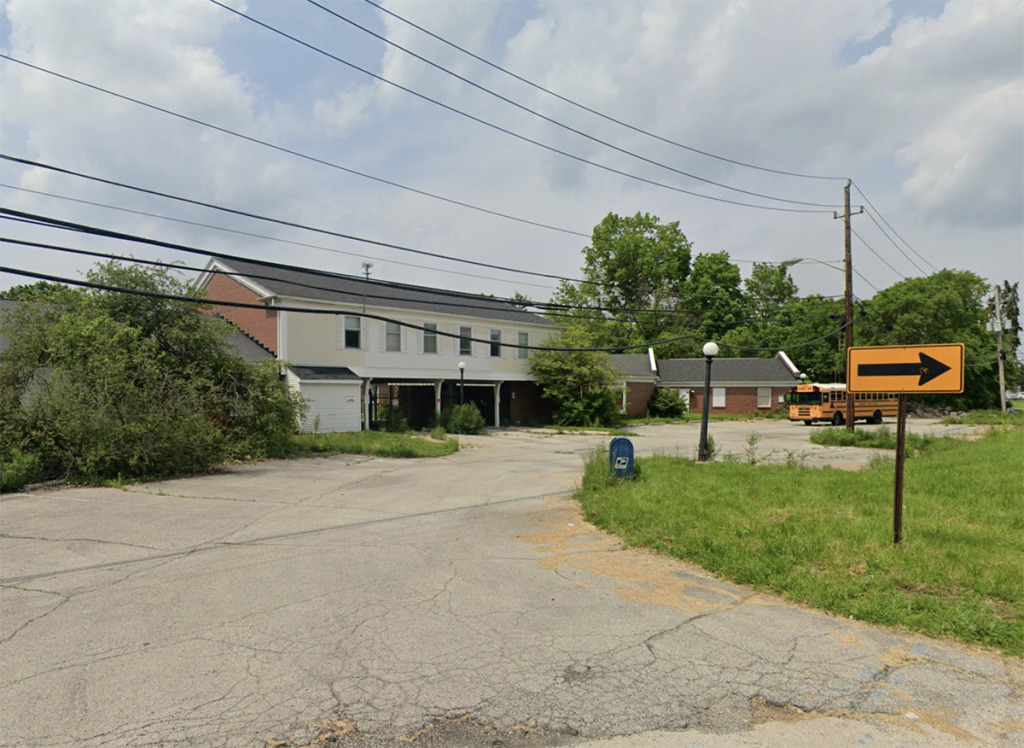 The Forty-Six Flats development will occupy an 8.6-acre property the south side of East 46th Street, between Keystone and Allisonville Road. It formerly was known as Keystone Corporate Square. (Image courtesy of Google)

Two Carmel-based developers plan to raze a dilapidated office park and create a $30 million affordable housing project on the north side of Indianapolis, near Allisonville Road and 46th Street.

House Investments LLP and the not-for-profit Partnership for Affordable Housing Inc. expect to build 173 units at 2511 E. 46th St. The Forty-Six Flats development will occupy an 8.6-acre property on the south side of East 46th Street, between Keystone Avenue and Allisonville Road.

House and the Partnership for Affordable Housing are considered co-developers for the project, and HI Management will oversee the property once it’s completed.

Most of the site will be razed to make way for the project, with the exception of a two-story office building at the northwest corner of the site, which will include a handful of apartments, resident amenities and commercial office space.

Five three-story buildings will be constructed for the project, containing 65 one-bedroom units and 108 two-bedroom units  At least 150 parking spaces are planned for the development. The units will serve individuals and families making 50% to 70% of the area’s median income.

The amenities building would include up to five apartments plus community gathering space, a fitness area, a business center, a management office and a package area. The second floor of the building would be leased to local businesses, not-for-profits and neighborhood groups.

Tim Shafer, chief operating officer for House Investments, said the site’s proximity to IndyGo routes—and a future Purple spoke of the rapid transit system, which would run along 38th Street—made it a good fit for development. The site is also located in a federal Opportunity Zone.

Formerly known as Keystone Corporate Square, the existing structure was built in 1987 and contains about 99,150 square feet of office space and about 200 parking spaces, according to LoopNet.

Partnership for Affordable Housing acquired the dilapidated office property out of foreclosure in 2017 for $320,000, with plans to build affordable housing on the site. The property was previously owned by a holding company for Miami Beach-based Starwood Capital.

House and PAH plan to request a variance of use and development standards from the city of Indianapolis Board of Zoning appeals on May 11. The variance would allow for a multifamily development on land not currently zoned for that use, while also altering required setbacks from the street and other surrounding properties.

Most of the area surrounding the proposed apartment project is zoned for office and industrial use, with some apartments nearby as well. The 4500 block of North Keystone Avenue is lined with car rental and service facilities, and a school occupies land near the northeast corner of 46th and Keystone.

Shafer said the project is expected to be funded by a combination of Low-Income Housing Tax Credits and permanent debt. He said conversations are ongoing with the city of Indianapolis about other incentives for the project.

House Investments and PAH hope to close financing and begin construction in the first quarter of 2022, Shafer said.

The general contractor on the project is Paragus Construction, and the law firm representing the project is Jones Pyatt Law LLC. Sebree Architects Inc. is the architect on the development.

3 thoughts on “Apartment complex planned near Allisonville and 46th Street”