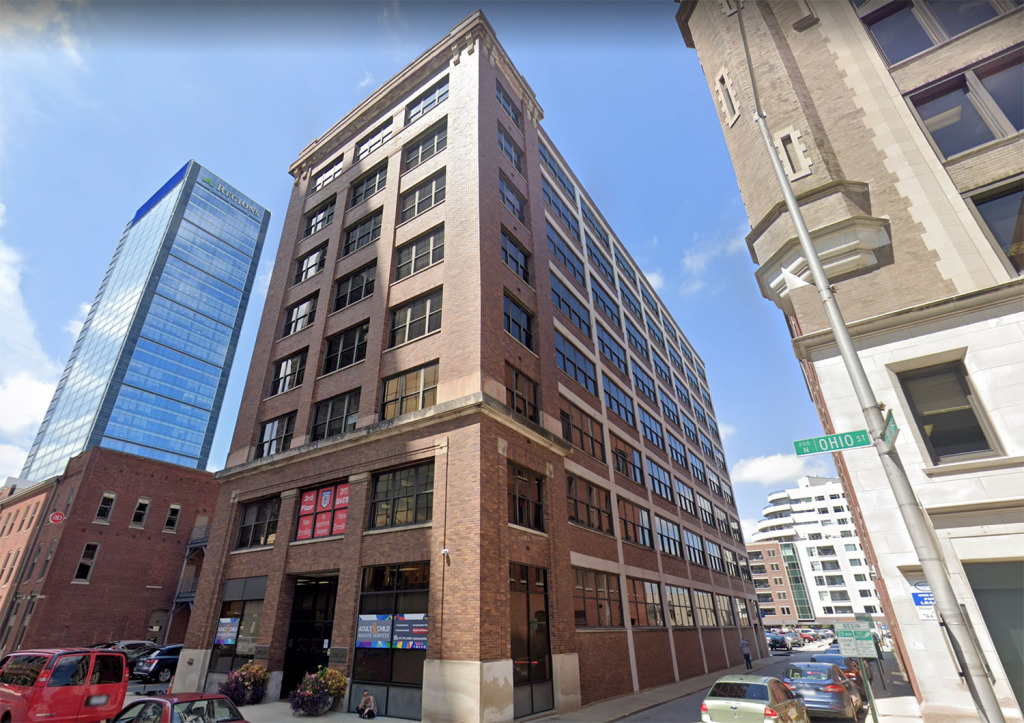 A 110-year-old downtown office building could be turned into nearly 60 apartments by mid-2023 as part of an effort by a local group of investors to bring more residential units to the city’s central business district.

The Wulsin Building at 222 E. Ohio St. is expected to be acquired by an undisclosed group later this spring. The buyers plan to spend up to $6 million to convert the eight-story structure to market-rate studios and one- and two-bedroom apartment units.

Midwest Design Group is representing the buyers and will oversee the redevelopment of the building, which was designed by local architect Charles H. Byfield (1873-1935), who worked for prominent firm of Rubush and Hunter before opening his own office. Byfield also designed the historic Heier’s Hotel building at 12-18 S. New Jersey St. and The Davlan Apartments at 424-436 Massachusetts Ave.

Hitesh Patel, president of Midwest Design Group, said the redevelopment project will result in 57 to 59 apartments. No changes are planned for the exterior of the structure. While he declined to share the sale price for the building, Toronto-based brokerage Colliers International listed the building earlier this year for about $4.25 million.

Patel said the investors plan to spend about $4 million to $6 million on the remodel, with Indianapolis-based Flaherty & Collins set to manage the property once it opens. A name for the apartments has yet to be finalized.

He said the location of the building—particularly, its proximity to Massachusetts Avenue and other downtown traffic-drivers—is a significant upside for the future ownership group. So, too, is the fact that they’ll have to spend a lot less to develop the building than they would if it was ground-up construction.

“These days, it takes time to do everything, and in order to do a building like this from scratch, you know, it could take multiple years to come out of the ground,” Patel said. “This one, the intriguing part is that its four walls are already standing. It’s sized well to be able put in these apartments [quickly]—it just makes sense, and allows us to repurpose something without having to tear it down.”

He said the investors have an interest in creating new apartments in the burgeoning downtown living area, which has seen the addition of projects like The Whit, the Ardmore and CityWay in recent years.

He added that the building has “solid bones” and has been well taken care of over the years, with major renovations in 1981 and 2005.

Adult & Child is also selling another of its properties at 603 E. Washington St., which IBJ first reported earlier this week.  The firm plans to temporarily move its operations to that building until it has secured a new home elsewhere in Indianapolis.

“Adult & Child is taking a multi-year approach to evaluating its real estate portfolio, and working on a long-term strategy to align where they deliver care with their real estate holdings,”  said Andrew Urban, vice president of corporate services for Colliers. “They’re taking these steps to build up to a a new future, which we’ll be able to announce here in the coming weeks.”

Urban and Aaron Snoddy, a director at Colliers, are handling the listing.

The structure wouldn’t be the first office building in Indianapolis to be turned into apartments. The 220 N. Meridian St. property just a few blocks west is being converted from a 20-story office tower to more than 200 luxury units.

The Wulsin is already zoned properly for use as multifamily real estate through a blanket designation from the city, meaning it is unlikely to require any changes or variance approvals from the city’s Metropolitan Development Commission to move the project forward.

Likewise, while it sits in the so-called Regional Center district—which has its own regulations—the absence of changes to the exterior means it won’t encounter many hurdles. And the building isn’t designated as historically significant or in a specific historic district, meaning it doesn’t fall under the purview of the Indianapolis Historic Preservation Commission.

Patel said while a closing date has not yet been set, the ownership group would like to begin demolition to the interior by this summer. The project is likely to have a 10- to 12-month buildout phase, meaning it would open in the first or second quarter of 2023.

“We’re gonna push for less money in less time,” he said. “Our goal is to open it up by the first of the year, but [that depends] on … the volatility of materials and manpower.”