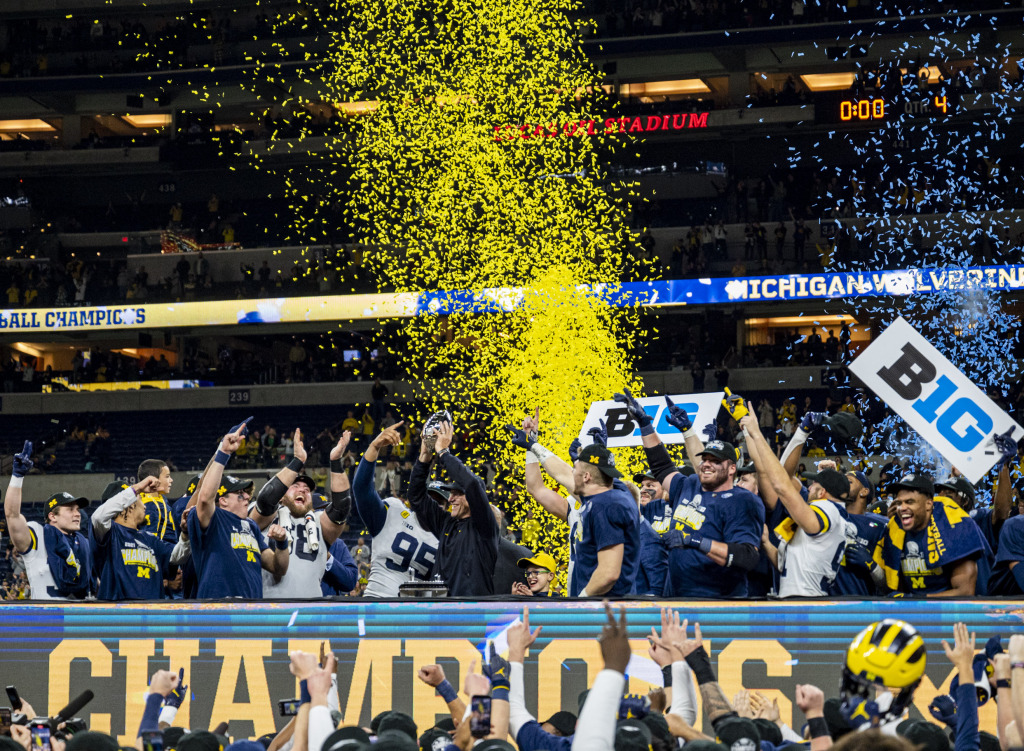 The Big Ten Football Championship Game is set to return to Indianapolis in 2022, but its future beyond that is cloudy.

The conference earlier this year quietly signed a one-year extension of its deal with the Indiana Sports Corp. to host the title game at Lucas Oil Stadium at the end of next season, marking the 12th straight year the event will be held in Indianapolis. The game has never been played anywhere besides Lucas Oil Stadium.

Indiana Sports Corp. President Ryan Vaughn confirmed Indianapolis would host the event in 2022 after the Big Ten Conference announced those plans at the championship game on Saturday. The University of Michigan defeated the University of Iowa in the game, 42-3, in front of a sold-out crowd of 67,183. It was the second-best attended football game ever played at the venue, behind only the 2012 Super Bowl.

Economic development officials estimated that this year’s game generated as much as $20 million in hotel, restaurant and other expenditures in Indianapolis.

Plans for the 2023 through 2025 championship games are expected to be announced in early 2022, with Indianapolis among the cities under consideration after submitting a bid to keep the event in 2020.

Conference Commissioner Kevin Warren suggested in July that the title game could rotate between Indianapolis and other cities, similar to what is done with the men’s and women’s basketball tournaments.

ISC Big Ten Football Organizing Committee co-Chairman Steve Sanner told Inside Indiana Business that “we expect that we’ll do well in the bid process to keep it, hopefully forever.”