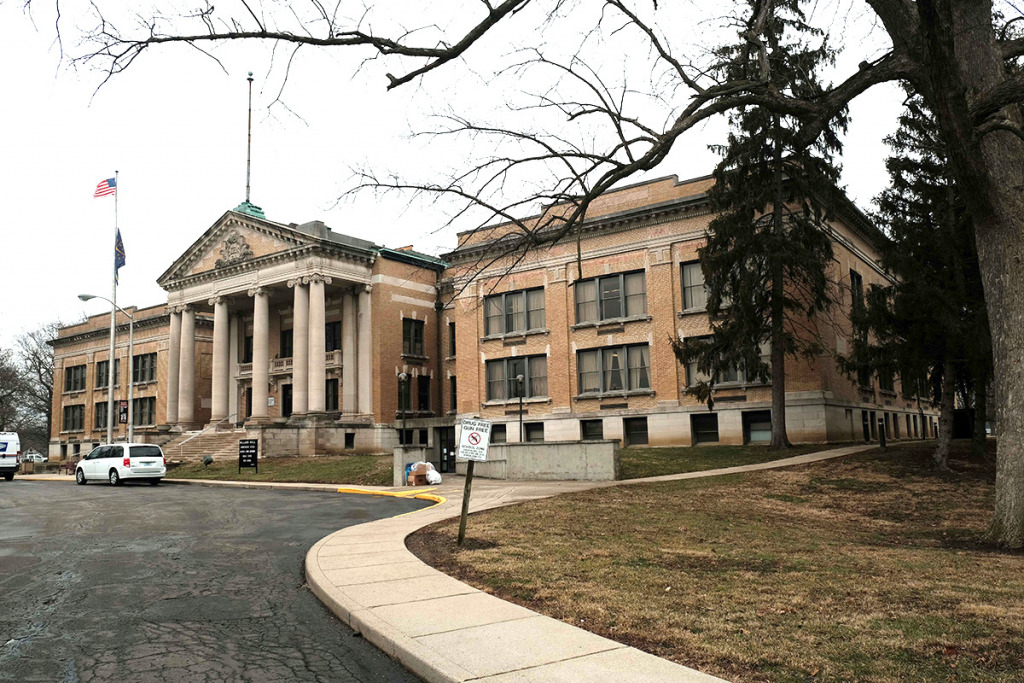 Meanwhile, a new 59,000-square-foot state archives building will be constructed in downtown Indianapolis, adjacent to the Senate Avenue Parking Garage on the Central Canal, the governor said. The General Assembly appropriated $35 million from the 2021 budget to build a new facility.

After a search for potential new locations for a combined campus, a state feasibility study led to the decision to use the Indiana School for the Blind and Visually Impaired site instead of relocating both schools, the governor’s office said.

The existing buildings on the campus will undergo renovation and new buildings will be constructed. The budget for the campus consolidation is $225 million, allocated from a $550 million capital projects fund the Indiana General Assembly created with federal pandemic dollars as part of the 2021 budget.

“The modernization of both schools are long overdue,” Holcomb said in a written statement. “This new campus will have facilities that promote safer and positive learning experiences for future ISD and ISBVI students. I couldn’t be more excited about what will become a signature, state-of-the-art campus.”

This project has been three years in the making. In 2019, the General Assembly created a task force charged with considering whether to move the schools to a shared site. After a handful of meetings, the nine-member task force decided in late 2019 that a combined campus within a 10-mile radius of Interstate 465 would allow the schools to better serve their students.

A capital-needs assessment from 2019 found both schools, which were both founded in the mid-1800s, would demand nearly $100 million in improvements over the next 20 years. And the task force determined that the size, condition and the financial investment needed to maintain both existing campuses would detract from the ability of each school to focus its resources on students and staff.

In June last year, the Legislature got the ball rolling by giving $13 million from the capital projects fund to the Indiana Department of Administration to assess what each school needs and find a potential property for a combined campus.

The state has been searching for years for a new site for the state archives.

A critical mass of the state’s records and artifacts of interest has been located for two decades at a simple, pole-barn-style facility at 6440 E. 30th St.

The archive includes the original state constitutions, slave records, all of the state’s laws and Supreme Court decisions, as well as popular items like prison records of John Dillinger and his associates. While the  constitutions are in a vault, the rest of the building lacks proper climate control, a situation that officials have said probably has taken 100 years off the life of the documents.

Late last year, the state issued a request for proposals to build the facility at 2010 E. New York St., on the former site of the Indiana Women’s Prison in a largely residential neighborhood on the near-east-side.

On Tuesday, the governor said the state had changed its mind about the New York Street site. He said the Indiana Department of Administration will move forward with a feasibility study to determine the future of the site. The first step, he said, will be to demolish a number of buildings on the property.

The state owns the newly chosen archives site along the canal. The governor said the site will offer access for visitors, staff and other government entities while providing proper storage, maintenance and restoration capabilities for archival documents.

“These are two projects that play crucial roles in our state’s future,” Holcomb said. “The location of the archives building will bring further opportunities to showcase our state’s history and provide new partnership opportunities with the Indiana State Museum, Indiana State Library, Indiana War Memorials and other entities all in the same area.”

In 2015, the state said it had chosen a site on the Central Canal downtown for a $25 million archives building. The canal site, across from the Indiana History Center, had beaten out three other locations the state evaluated, including a vacated American Legion building on North Meridian Street, a strip of land on West Washington Street, and a site between the Indiana State Museum and NCAA headquarters.

But the canal site drew opposition from a citizens group that wanted the space preserved for a park.

The site on New York Street most recently housed the state Department of Correction’s Indianapolis Re-Entry Educational Facility, which closed in 2017. The site had hosted correctional facilities since 1873, just eight years after the Civil War ended.