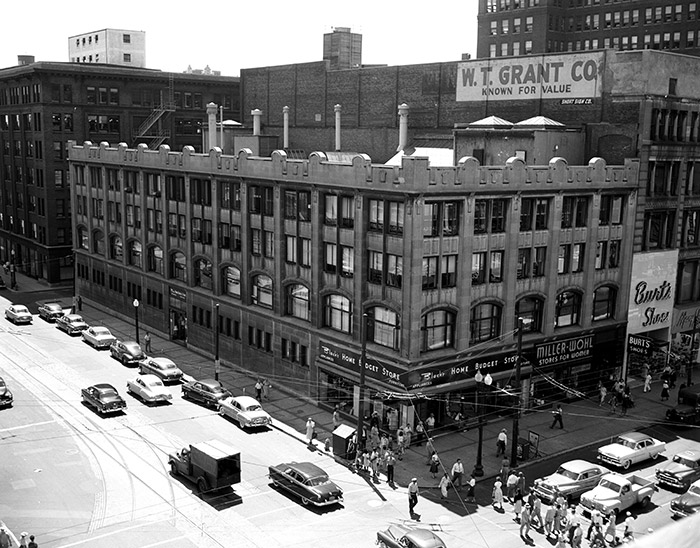 S.S. Kresge Co.—then one of the nation’s largest retailers—built a 65,000-square-foot office building at the southwest corner of Pennsylvania and Washington streets in 1924. The architect was D.A. Bohlen & Son, a well-known firm that designed many religious, commercial and residential buildings in the city. Kresge occupied the building from 1923 until moving to West Washington Street in 1947. Later, the building housed the William H. Block Co.’s Budget Home Furnishings store. This photo was taken Aug. 19, 1953. IBJ Media moved into the building in 1997 and stayed there until last year, when it moved to One Monument Circle. In 2016, the Drury Hotels chain bought the building with plans to eventually expand it into a hotel.