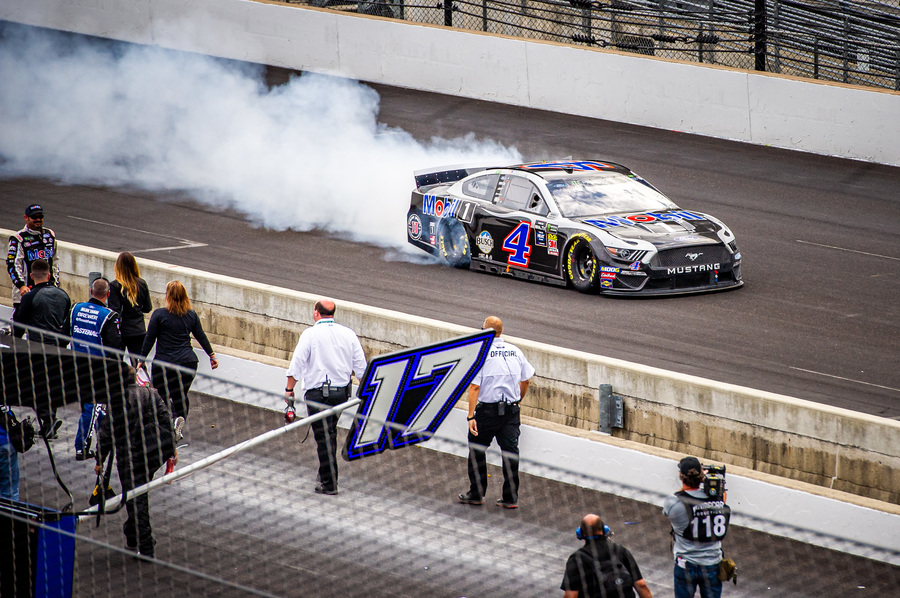 Kevin Harvick celebrates a win at the Brickyard 400 on Sept. 8 at the Indianapolis Motor Speedway. (Photo courtesy of IMS/Karl Zemlin)

Advance sales for the race topped 50,000 tickets, but walk-up business was limited by a threat of rain on Sunday.

The Brickyard 400 drew more than 200,000 fans in its early years, but has struggled to fill seats over the past decade.

“We’re excited to see the Brickyard 400’s attendance numbers moving in a positive direction,” IMS officials said in a written statement. “The entire week was full of energy and buzz from start to finish with thrilling racing action on the oval and the dirt track, and a massive crowd for FGL Fest in the infield.”

Next year’s Brickyard 400 will undergo another schedule change, moving to July 5.