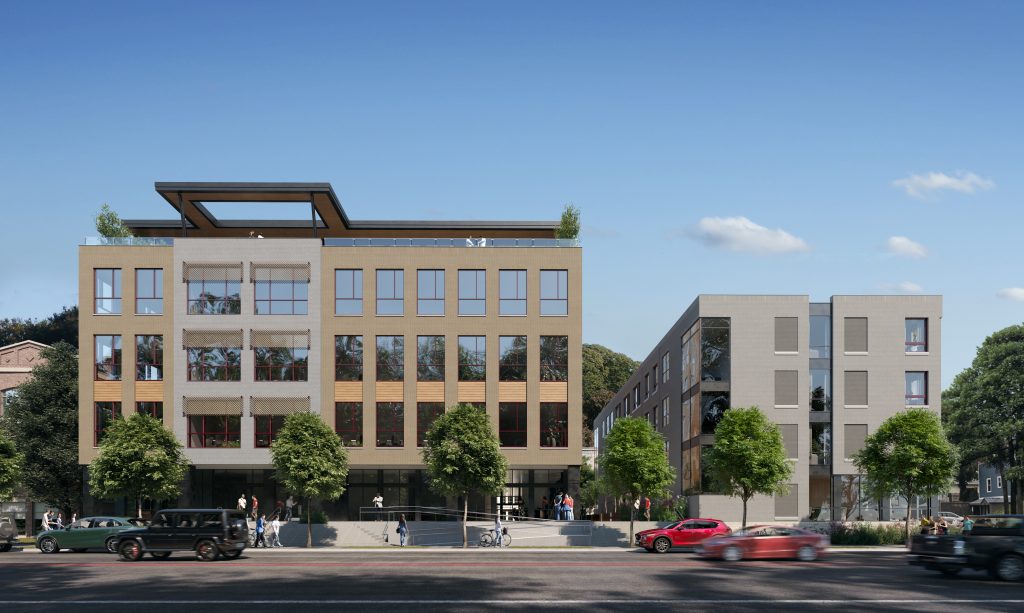 The project at 6207 N. College Ave. is expected to include two, four-story buildings—initial filings were for a five-story building and an adjacent four-story structure—totaling 60,000 square feet of office space, along with structured parking and 36 apartment units.

Eight Eleven Group, which was founded in Broad Ripple in 2000 to help staff information technology firms and find employees for businesses across several other industries, plans to employ up to 250 people at the property.

The building would replace Eight Eleven’s current headquarters inside a multi-tenant office building at Keystone at the Crossing. The two-building development is expected to be used almost exclusively by the firm.

The project is being jointly developed by local firm Chase Development Inc. and Kyle Hughes, a developer with Veritas Realty, under the name Midtown Development Partners LLC.

The incentives for the project, approved Wednesday, will come in the form of tax-increment financing bonds taken from the North Midtown Allocation Area. That TIF district has been utilized on a few other Broad Ripple-area developments over the past several years.

The bonds would be repaid through property taxes generated by the development, with any shortfall covered by Midtown Development Partners.

The incentives require final approval from City-County Council, which is expected to take up the matter in November. Design plans for the development have already been approved.

Midtown Development Partners declined to comment on the project.

8 thoughts on “Broad Ripple office project gets preliminary OK for $3.5M in bonds”