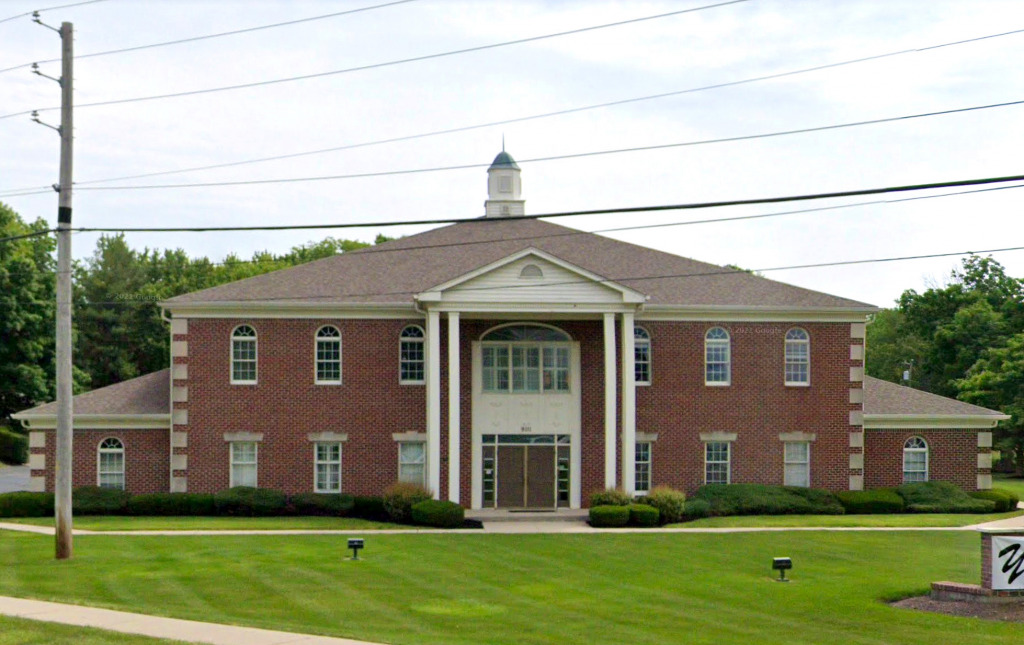 The Indianapolis Children’s Choir plans to move from its longtime home on the Butler University campus to a property on the far north-east side of Indianapolis with room to grow.

The organization expects to spend about $4 million to purchase, renovate and expand the former F.C. Tucker real estate office at 9111 Allisonville Road, about a mile north of Interstate 465, to house its day-to-day operations as well as classrooms and rehearsal spaces.

The group is in the silent phase of a capital campaign to raise funding for the project, with plans to launch the public campaign in January. It shared its plans for the new facility with its students’ parents over the weekend.

“We’re very excited about having a place to call our own within the community, for people to be able to drive by and see our sign and that we are here. It’s a big step for us,” said Josh Pedde, artistic director of the Indianapolis Children’s Choir. “It’s an exciting time for not only us with the organization, but for our singers and their families, as well as future singers who will discover us for the first time because of this move.”

The choir was founded in 1986 by Henry Leck. It hosts 110 rehearsals and classes every week, providing services to children from across central Indiana, representing nearly 360 schools and more than 50 school districts.

Pedde said the new location, a 12,500-square-foot, two-story building, will present “many more opportunities” for the organization to grow, in part because the choir can’t use most of its current space at Butler during the day for programming. The building is expected to undergo extensive renovations, along with plans for a 2,200-square-foot addition at the rear of the structure.

As proposed, the building would have six large rehearsal spaces, seven individual offices, an administrative area, a break room, a conference room and a large music library.

Pedde said ICC has many homeschooled students it hopes to work with during the day, as well as an early childhood program it plans to expand in the coming years. There are also hopes of offering more private lessons and providing space to other not-for-profit arts groups.

“We want to make sure that this is a building that will help serve our community, not just in the evening, but all throughout the week,” he said.

The choir has the nearly 1.5-acre parcel under contract, pending approval from the city’s Metropolitan Development Commission to terminate certain covenants tied to the property’s use, which were approved 1988 and 2000. The covenants being considered for retirement are related to the property’s use for commercial purposes as well as outdated landscaping, zoning, signage and utility requirements.

The removal of the covenants also allows for a larger expansion of the building. The Department of Metropolitan Development’s staff is recommending approval of the request, which is expected to be heard by the commission on Wednesday. If approved, the choir hopes to close on its purchase of the building in January.

Pedde said the decision to find a new home came following conversations with parents during the pandemic and amid challenges in booking space for rehearsals on campus. He said a desire for greater accessibility, as it relates to roadways, also played a role in the decision.

The organization has not yet an agreement with Butler—where it has been headquartered for 30 years—to terminate its lease for rehearsal and office space, but is in negotiations to do so. The choir hopes to retain a relationship with the university, Pedde said.

“We’ll still continue to have partnerships with Butler with our various programs, and we hope to have Butler be one of our [performance] sites as well for our choir. It just won’t be our home base anymore,” Pedde said.

The organization hopes to move into the existing building by the end of the current choir season, which concludes in early June.

The choir is working with Curran Architecture on the interior design for the project.