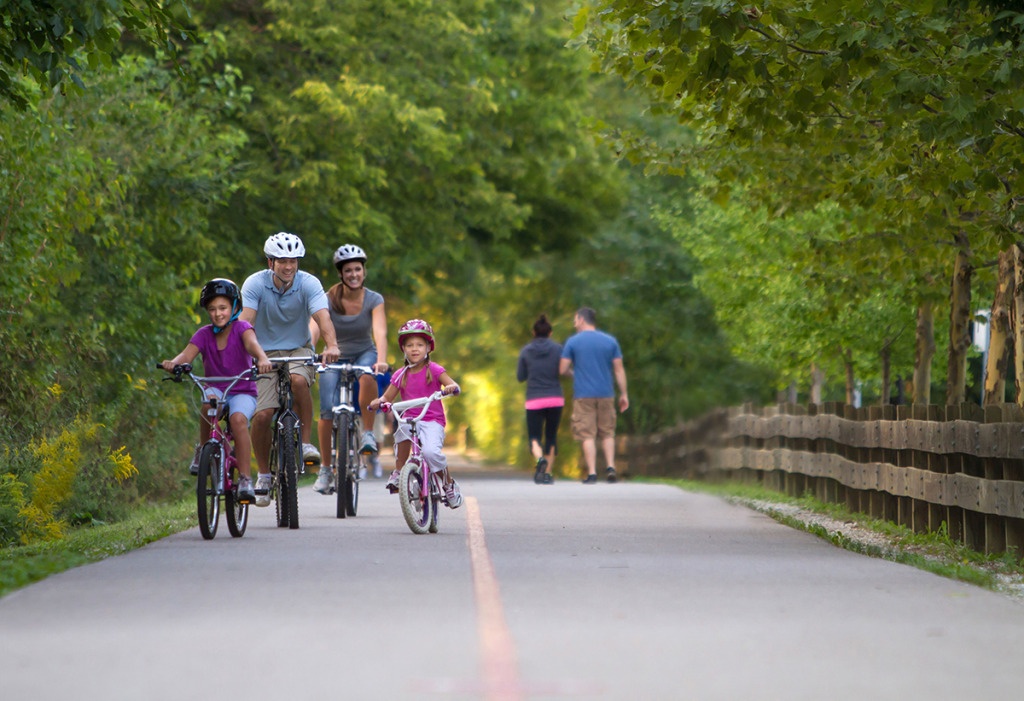 After years of delays, the Monon Trail is finally about to get wider. Construction bidding is scheduled for November, with work on the trail in full swing by next spring, according to the Indianapolis Department of Public Works.

Indianapolis officials first pitched a wider Monon in 2014, to help with congestion on the busy trail. They planned to start construction in 2020 with $2 million from a 2015 federal grant and $5 million in city bonds. That didn’t happen.

Instead, city lawyers unearthed a 2012 Indiana Supreme Court case during due diligence that said railroad easements couldn’t be transferred to new public trails. Indianapolis had purchased the physical rails from CSX, owner and operator of the former Monon Railroad, but not the land underneath.

“It was found last-minute on a legal check, before we submitted everything, that basically redefined former rail law in Indiana,” DPW Director Dan Parker said. “And the case was from … years prior to the submission of this project, and obviously, long before any of us were here.”

The initial legal check, by a different set of attorneys during Mayor Greg Ballard’s administration, was done in 2014, according to Parker.

The decision didn’t affect the original Monon—Indianapolis finished its section in 1999, followed by Carmel in 2002 and Westfield in 2008—but the proposed widening was for private land. The final legal check sparked a two-year process of right-of-way engineering and land acquisition.

DPW is splitting the project into two phases: one from 14th Street to 56th Street and the other from 56th to 96th Street. So far, the department has bought 51 of the 81 parcels within Phase 1, adding up to about $119,000, according to spokesman Ben Easley.

“Unfortunately, we didn’t get too many takers on donating,” Parker said. “Everybody wanted the land that they didn’t know that they owned.”

DPW plans to bid out the first phase on Nov. 18, according to Easley.

“Should we not have all parcels in hand by the time we move into the construction phase, we’re working on a plan that would allow construction activity to start in sections, with the intent of having everything acquired by the time work is fully under way the following spring,” Easley wrote in an email.

There’s also an estimated 77 parcels to buy for Phase 2. Money from a $25 million set of city bonds could help with those costs. DPW set aside about $2 million in right-of-way engineering.

“If that takes two years, because that’s not funded, our hope is that the right-of-way engineering line that we had in there can help us at least do the … title searches, all that, to get prepared for making the purchases to do the second phase,” Parker said.