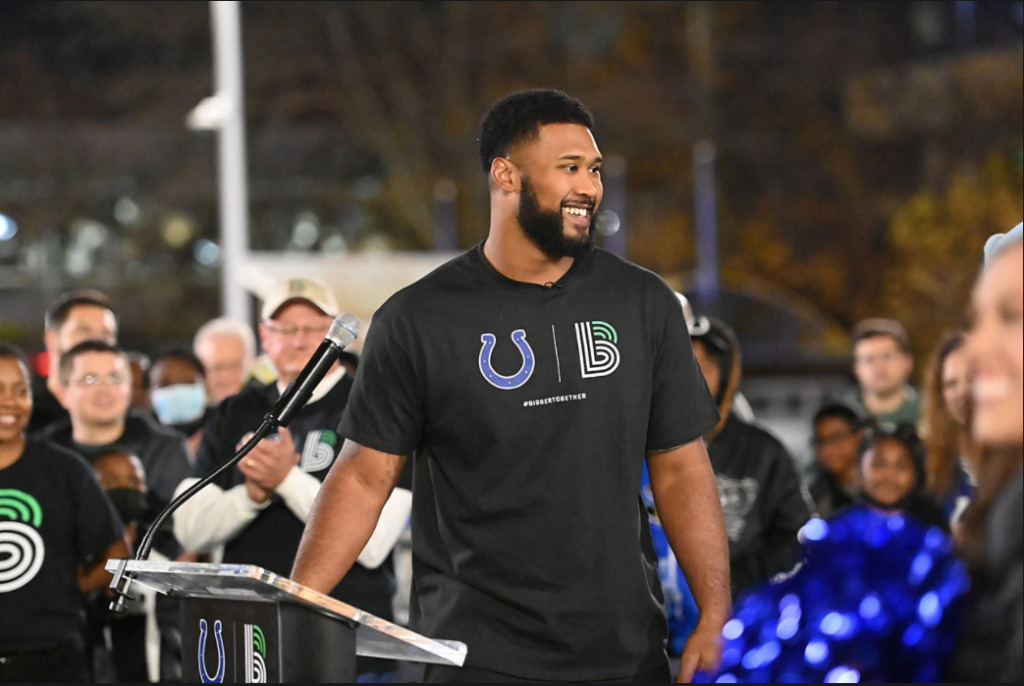 The Indianapolis Colts are lending their star power to Big Brothers Big Sisters of Central Indiana, boosting the organization’s youth mentorship work with a three-year, $150,000 partnership, the groups announced this week.

“I’m truly proud of being able to play on a team that truly cares about making a connection with the community,” Buckner said at a kickoff event Tuesday evening. “… Our partnership with Big Brothers Big Sisters is to break barriers through mentoring and investing in our community’s youth.”

The groups plan to make a big push on volunteer recruitment. The Big Brothers Big Sisters chapter says more than 1,000 boys and girls ages 8-14 are waiting to get matched with mentors.

The funds will also go toward equity and trauma-informed care training for staff and volunteers, establishment of a youth leadership council to give mentees more say in programming, and awareness and fundraising campaigns, according to the chapter.

The partnership has some precedent.

“The Indianapolis Colts have been involved with Big Brothers Big Sisters for a number of years,” said Caitlin Bain, the chapter’s development director. “They were sponsors of our largest fundraising event, at the table sponsorship level, but also, they’d be a part of different events here and there—but nothing of this kind of transformative, intentional impact.”

This initiative was a year in the making, Bain added, beginning with Buckner’s work on the chapter’s annual “Giving Tuesday” fundraising event. That, she said, “opened the door” for the organizations to trade ideas on what forms a multi-year partnership could take.

Buckner will be involved in some videos and other pieces, but Bain also hopes to bring the rest of the team in regularly to meet with young mentees, like at the chapter’s monthly game nights.

Some plans for the partnership, like the proposed youth leadership council, are in early stages. But, Bain said, “We are always seeking out what’s the best possible way that we can reach the kids in our community, because change begins with our youth. We know that. They deserve every ounce of opportunity we can offer them.”