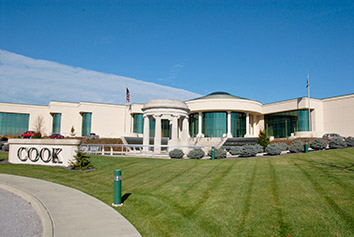 A federal judge has vacated a $3 million jury award against Cook Medical, saying a Georgia woman who sued the Bloomington-based device maker “did not have overwhelming evidence” to show the company’s implanted blood-clot filter was defective or caused her injuries.

U.S. District Judge Richard L. Young in Indianapolis handed down his decision Monday and ordered a new trial in the case.

He also acknowledged he erred in allowing the plaintiff’s lawyers to admit a certain  exhibit into evidence.

A jury had decided last year in favor of Tonya Brand, who had a Cook Celect Cava filter inserted in 2011, before spinal-fusion surgery. Several months after the filter was inserted, the woman discovered a painful region on the inside of her right thigh, which grew to a 5-inch area.

In her complaint, Brand said she pressed on the protrusion that developed on her thigh and a piece of metal wire about 1-1/2 inches long popped out.

The wire was later determined to be one the struts of the filter. X-rays revealed that another strut had broken off and migrated near her spine.

Cook’s blood-clot filters are tiny, cage-like devices inserted into blood vessels to prevent clots from reaching the lungs, which could lead to pulmonary embolism or blockage of an artery in the lung.

In his ruling, Young wrote that he was wrong to allow Brand’s lawyers to admit into evidence a chain of emails among Cook employees, to which was attached a summary of deaths associated with its filters between 2008 and 2016.

At trial, Cook lawyers had objected to the document’s admission, saying there was no foundation that patient deaths were substantially similar to Brand’s experience and the document was “riddled with hearsay within hearsay,” often involving information from third parties and containing unsubstantiated statements.

Young had allowed the exhibit, saying that Cook’s objections “go to (its) weight and not (its) admissibility.”

In his ruling Monday, Young acknowledged the exhibit contained hearsay and that none of the legal exceptions to the hearsay rule applied. “This is yet another ground on which the court erred,” he wrote.

He added that the erroneous admission of the exhibit “successfully crossed the hurdle from harmless error to prejudicial error.”

“The court does not come to this conclusion lightly,” Young wrote. “It has reviewed the 4,000-page trial transcript and the parties’ memorandum of law. … Plaintiff’s repeated efforts to connect the (filter) to inadmissible patient deaths had a substantial effect on the jury’s verdict.”

He added: “A jury could have just as easily found in Cook’s favor. A trial this close is more likely to have been affected by errors.”

The lawsuit was one of three “bellwether cases” heard in federal courts in recent years over Cook’s blood-clot filters. More than 4,000 patients have filed lawsuits, claiming the filters malfunctioned, sometimes piercing organs and blood vessels, and requiring surgeons to remove them.

Cook won the first two bellwether cases, with a jury verdict in its favor in the first case and a summary judgment ruling by a judge in the second. Bellwether cases are small groups of lawsuits that are tried first and serve as a litmus test for how the remaining cases might be tried and decided.

A federal court has dismissed more than 1,000 of the cases.