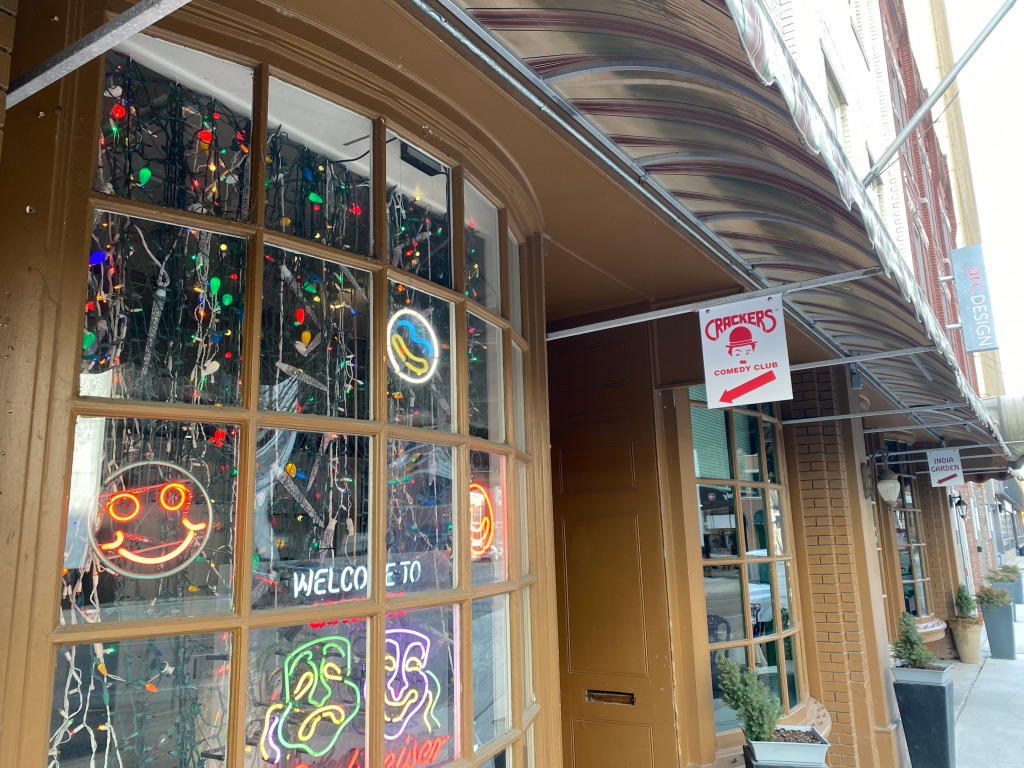 Crackers Comedy Club, a stand-up comedy brand that provided laughs at five different Indianapolis locations during the past 40 years, is permanently closed.

“I can’t work it out with my landlord,” she said.

“I think a lot of people don’t understand how much sacrifice goes into being a small business owner,” Herber said. “We don’t do this to get rich. It’s a passion for whatever it is you’re doing.”

“I promise you everybody is waking up and doing the best they can to get through this without losing their shirt, or their house,” Herber said.

Downtown competition for Crackers arrived in 2019, when Helium Comedy Club opened at 10 W. Georgia St. Helium, part of a national chain of stand-up venues, is known for presenting high-profile comedians. The local Helium has hosted acts such as Brian Regan, Jay Pharoah and Bob Saget, who died Sunday at age 65.

“People are gravitating to these big names,” Herber said of the modern stand-up landscape. “Everybody wants to hear the big-name comedians. Right now, it’s not easy for smaller venues to bring in big names. It costs quite a bit of money, and you have to sell a lot of tickets and a lot of merchandise to make a profit on that.”

She said she wasn’t interested in engaging Helium in an arms race of celebrity bookings.

“The only people who succeed at making money off that are the agents and the comedians themselves,” Herber said. “People are going to overpay for the talent, which trickles down to the consumer.”

In 1999, Crackers moved back to Broad Ripple, establishing an upstairs showroom at 6281 N. College Ave. Before that club closed in 2017, it hosted performances by acts such as Jim Gaffigan, D.L. Hughley, Marc Maron, Lisa Lampanelli and Daniel Tosh.

Also in 1999, a second Crackers opened at 247 S. Meridian St., launching a 16-year era in which two clubs operated simultaneously. The Meridian Street venue closed in 2015.

Herber, whose career arc at Crackers began with a waitress role and progressed to a promotion to general manager in 1999, said she plans to sell furnishings and equipment owned by Crackers.

In the meantime, she encouraged people to support independent business owners.

“If you have a favorite venue or a favorite restaurant, ask them if there’s something you can do to help them out,” Herber said.

“I learned how to be a comedian and how to develop material on those stages,” wrote Bodart, who made his Crackers debut in 2001. “(I) made so many friends, from staff to comics to fans.”