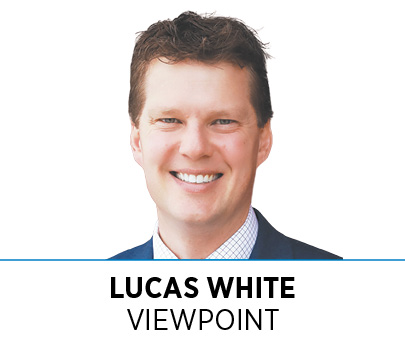 It happened again. On Aug. 19, Crane Credit Union, based in Odon, announced an agreement to acquire Our Community Bank, Spencer, with the deal to close next year. This is the fifth announcement since August 2019 of a taxpaying Indiana bank being purchased by a tax-exempt credit union.

In fact, more Indiana banks are now selling to credit unions than to other banks. Other transactions:

◗ The Elberfeld State Bank, Evansville, to be acquired by Heritage Federal Credit Union, Newburgh, in 2021.

The tax implications are staggering. The Indiana Bankers Association recently compiled data on three of the four previously announced credit union acquisitions, barring one S Corp bank for which no data was available. By a conservative estimate, the three banks involved paid combined federal taxes of $4.9 million in the five years leading up to sale.

This revenue stream ceases permanently upon completion of the transactions, and this loss represents Indiana only. Nationwide, more than 40 credit union acquisitions of taxpaying banks have occurred within the last decade. The U.S. debt now exceeds $26 trillion and will continue to grow monstrously if the trend is not reversed.

In 1934, when Congress created credit unions, the mission was to make credit available to “people of modest means,” generally united by a common bond of occupation or location. For this reason, credit unions were exempted from federal taxes.

In the past 80-plus years, however, credit unions have grown substantially in size and scope, bearing little resemblance to their forebears. Their current clientele often are affluent, and field-of-membership requirements have been stretched beyond recognition. Evansville Teachers Federal Credit Union, for example, boasts on its website: “Not a teacher? Not a problem!”

The credit union industry claims to be consumer-focused, yet credit unions are not subject to the Community Reinvestment Act requirements that banks are. They also have been vastly underrepresented among lenders in helping small businesses apply for Paycheck Protection Program loans, which helped keep businesses afloat throughout the pandemic.

Credit unions are able to buy banks in large part because their federal tax-exemption benefit often allows them to offer the highest bid, which bank directors feel obligated to accept for their shareholders. This outdated federal tax exemption needs to be reviewed by Congress and reformed.

When the Federal Credit Union Act of 1934 was enacted, surely the intent was not to create tax-exempt entities that would grow so profitable they would swallow up taxpaying institutions. That doesn’t make good policy, and it doesn’t make good sense. Congress needs to act.•

White is chairman of the Indiana Bankers Association.

One thought on “Lucas White: Credit unions have unfair advantage over banks”