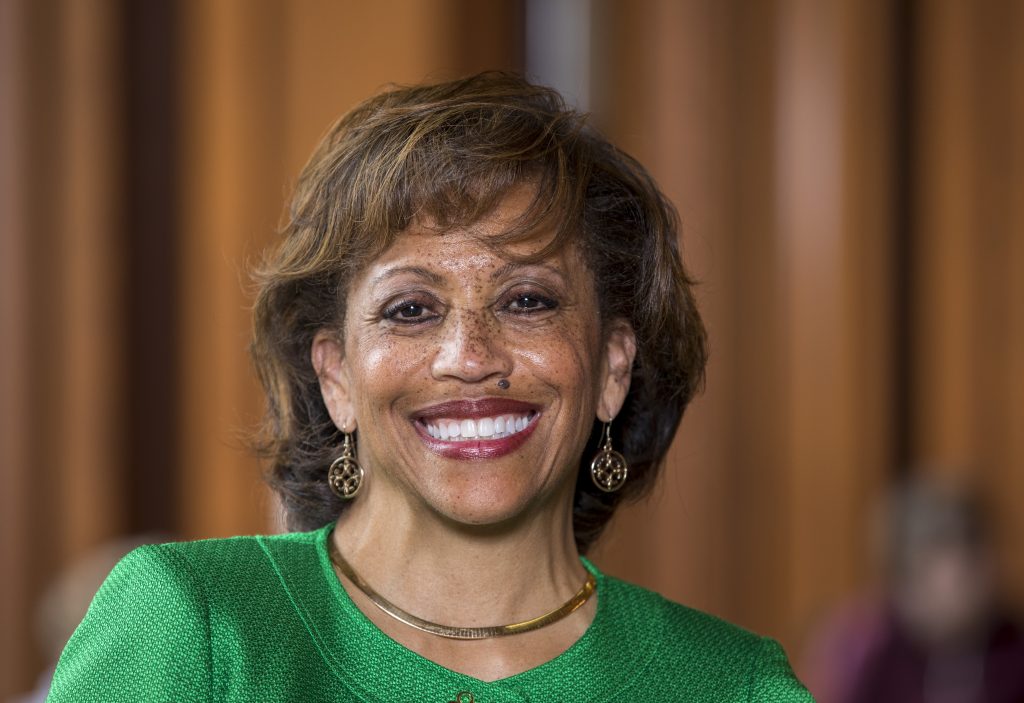 DePauw University has chosen its next president following a eight-month search, the university announced Tuesday afternoon.

The university’s board of trustees voted Tuesday to appoint Lori S. White, vice chancellor for student affairs at Washington University in St. Louis, to succeed Mark McCoy as the school’s leader.

White will be the first woman and the first person of color to serve as president of the 183-year-old school. When she begins her job in July, White will be the only black woman leading a university in Indiana and one of just a few in the nation doing so, the school said.

DePauw, which has about 2,000 students and 270 faculty, is in Greencastle, about 45 miles west of Indianapolis. The university declined to share details about  the new president’s salary or contract.

She was one of more than 100 people, including college presidents, vice presidents and corporate executives, to apply for the position. During the search, the committee met with stakeholders to learn what they wanted to see in the university’s next president. Feedback included someone with a collaborative leadership style, an ability to manage through change and conflict, a student-centric mentality, a commitment to inclusion and diversity and dedication to the liberal arts and sciences mission, the university said.

“Feedback from the DePauw community about what DePauw needs in its next president was clear,” chemistry professor and DePauw alum Jeff Hansen, a member of the presidential search committee, said in written comments. “We sought a great communicator, a great listener, someone who makes good decisions after carefully hearing input from all constituencies and someone who can build community and unite the campus. The search committee unanimously selected Dr. White because she excels in all of those qualities. I am thrilled that she has agreed to take the position and I can’t wait to get started.”

McCoy announced last year he planned to step down from his position at the end of the current school year. His tenure as president wasn’t always a smooth one.

Last February, the university announced it planned to eliminate 56 full-time administrative positions and 17 part-time jobs as part of a restructuring. In a letter to faculty, McCory said the university, on average, had 125 more employees than its peer universities.

That announcement came just a few months after faculty members approved a resolution of no confidence in McCoy over finances and his response to racist messages found on campus in spring 2018.

Throughout her tenure at Washington University, White has sought to improve campus culture by opening dialogue among students and other community members with different religious, ethnic and political identities, DePauw officials said.

She earned her bachelor’s degree in psychology and English from the University of California Berkeley and a doctorate in education administration and policy analysis from Stanford.

“More than ever, our world needs individuals who are thinkers, problem-solvers and innovators who understand the value of diversity, consider ideas using an interdisciplinary lens and are brave enough to challenge the status quo,” White said in written comments. “The true value of the liberal arts is how well-prepared students with these abilities and perspectives are for careers in a wide array of fields.”