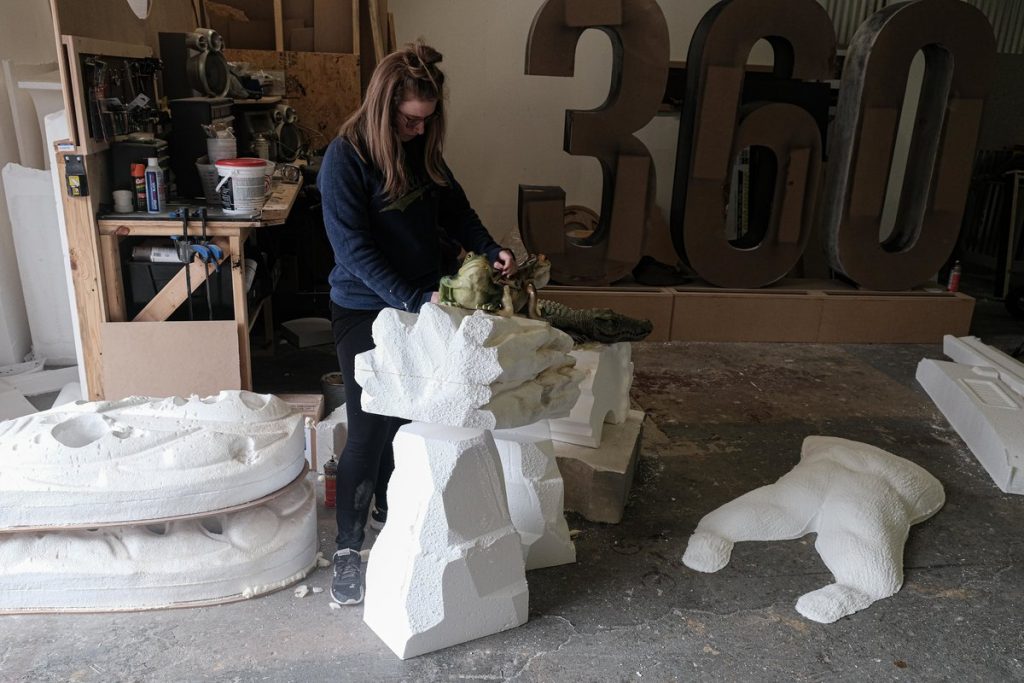 Depending on the size and complexity of the project, Creative Works charges from $40,000 to several hundred thousand dollars for its work. (IBJ file photo)

Creative Works, which makes props and attractions for the entertainment industry, announced Wednesday that it will invest $1.1 million into renovating and expanding its Mooresville headquarters and plans to add up to 70 jobs by 2022.

The company, which has 67 full-time employees, plans to hire for sales and marketing associates, project managers, 3D modeling and graphic designers, fabricators and attraction installers.

“This expansion will ensure Creative Works’ long-term success in Morgan County, allowing the company to grow and increase its client base around the world,” Elaine Bedel, president of the Indiana Economic Development Corp., said in a written statement.

Founded in 1997, the company creates about 300 projects a year for entertainment venues, including escape rooms, virtual reality and esports venues and indoor miniature golf courses.

Creative Works, which operates out of a four-building, 33,000-square-foot campus, has not finalized its construction plans. But the firm said the upgrades will include installation of new 3D modeling equipment and fabrication machines.

The Mooresville Town Council and Redevelopment Commission will consider additional incentives. Details on those were not immediately available.