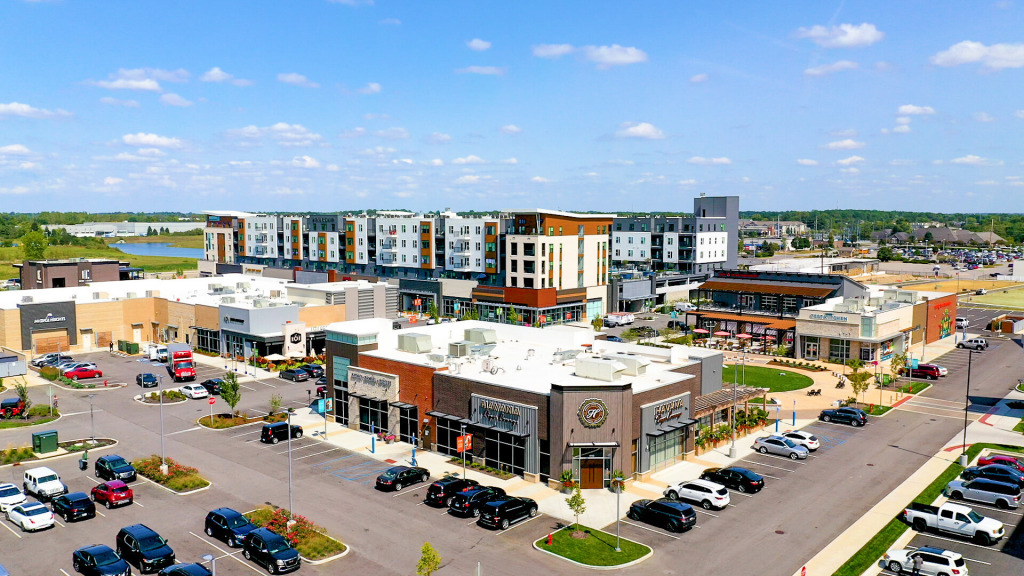 Fishers District—one of the fastest-growing retail and dining areas in the Indianapolis area—has been acquired by a Chicago-based firm in a real estate deal that also includes a 260-unit high-end apartment complex.

Terre Haute-based Thompson Thrift, which developed the 18-acre property south of 116th Street just east of Interstate 69 in Fishers, announced Monday that it has sold the property to JVM Realty Corp.

“We are thrilled to have the opportunity to facilitate a sale of this landmark property that attracted nationwide investor interest and achieved record-breaking pricing,” said Hannah Ott, vice chair at Chicago-based Cushman & Wakefield’s Indianapolis office, which helped facilitate the sale.

Thompson Thrift began construction on the $110 million project in early 2018, with the help of city incentives. It began master-planning the project, originally called The Yard at Fishers District, in 2015 through a collaboration of its three internal teams, including the retail group, construction and its multifamily arm, Watermark Residential. More than 20 houses were acquired and torn down to make way for the development.

The property was strategically developed just down the street from Ikea and Topgolf.

The Mark at Fishers District, which opened in early 2020, features luxury apartments with rents ranging from $1,155 to $3,960 a month.

George Tikijian, a local broker with Cushman & Wakefield, said selling the property “was always the plan” for Thompson Thrift.

“They have generally, but not universally, been primarily developers,” he said, adding the firm often sells off its properties once they’re completed and at critical mass.

Jay Madary, president and CEO of JVM Realty Corp., said the investment “fits perfectly” into the company’s portfolio of high-end offerings in the Midwest.

“The Mark and Fishers District provides an unmatched investment opportunity in a vibrant, high-income suburb of Indianapolis,” he said in written remarks.

JVM also owns three other properties in central Indiana, including the Circa apartments in downtown Indianapolis and Prairie Lakes in Noblesville.

The firm plans to use its in-house management team for the residential component and to engage an outside firm to manage the retail and restaurant spaces, it said.