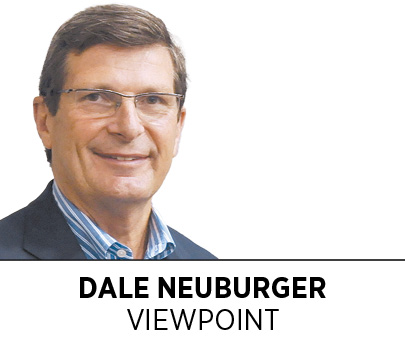 Benjamin Franklin opined that the only certainties in life are death and taxes. Similarly, there are two certainties for every Olympic Games: First, there will be amazing performances that linger in our collective memories for decades; and second, in the months preceding the Olympics, there will be an incessant drumbeat in the media of “doom and gloom.”

The Games of the XXXII Olympiad in Tokyo, postponed by a year because of the pandemic, were a resounding success, confounding their critics and surprising even many of their most ardent supporters.

Despite the predictions of the COVID apocalypse, the scorecard reads as follows:

◗ 42,711 individuals entered Japan and were tested upon arrival at the airports, with 151 foreign visitors testing positive (just 29 were athletes).

◗ 284,931 tests were conducted in the Olympic Village, with 33 athletes and team officials testing positive.

Thus, the Tokyo Olympic Games were hardly the super-spreader that was predicted by public health officials. Instead, the success of the Games is a tribute to the collective resolve of the Japanese governmental authorities and the International Olympic Committee.

And, if you are asking yourself about parallels to the NCAA Final Four in Indianapolis, there are striking similarities, only differentiated by scale. The health of 68 basketball teams was a prodigious task, but 11,200 Olympic athletes from 206 countries was an even bigger challenge.

I had the privilege of serving as technical delegate—the International Olympic Committee term for “competition director”—for swimming, with additional responsibilities for diving, water polo, artistic swimming and open-water swimming.

As a former president of the Indiana Sports Corp., even when thousands of miles away, I ask the question: Are there lessons to be learned from the Olympic experience that can benefit Indianapolis in future event selection, bidding and hosting?

The answer is “yes”—and I offer four takeaways.

1. Attention to health and safety is paramount.

The pandemic has heightened the need for collaboration with public health authorities, public safety personnel and first responders. Indianapolis is blessed to have decades of experience with events at the Indianapolis Motor Speedway and with the NFL Combine. Going forward, it will be essential to build upon the successful collaboration achieved during the NCAA Final Four, including maintaining several new partnerships and alliances.

Tokyo will have the lowest carbon footprint of any Olympic Games, with 2.93 million tons of carbon dioxide, down from 4.5 million tons in Rio in 2016. Paris in 2024 will clean the Seine, which has banned swimming since 1923. Future event organizers will be expected to achieve measurable outcomes through intentional actions that demonstrate real commitment to green initiatives, before, during and after the event takes place.

3. Focus on the athletes’ perspective is essential.

The postponement of the Olympics was driven by the athletes, as training opportunities were diminished and qualifying events were canceled. Athletes are increasingly using their collective voice for change. Indianapolis has traditionally employed an “athletes first” philosophy that needs to be woven throughout each phase of planning and execution, including athletes on local organizing committees.

4. Discipline and persistence, despite criticism and naysayers.

It would have been far easier and less risky to cancel the Olympics rather than undertake the extraordinary efforts to stage it. The negative voices worldwide were loud and strong, including an online petition that garnered 460,000 signatures. But Tokyo persisted. Sometimes the best course is not the most popular choice.

Indianapolis has been a recognized trailblazer in sports tourism through its successful hosting of hundreds of premier athletic events. Our continued leadership is dependent on understanding the fundamental changes to the landscape in intercollegiate, professional and Olympic sports.•

Neuburger is a former president of the Indiana Sports Corp. and treasurer of FINA, the International Federation for Aquatics.