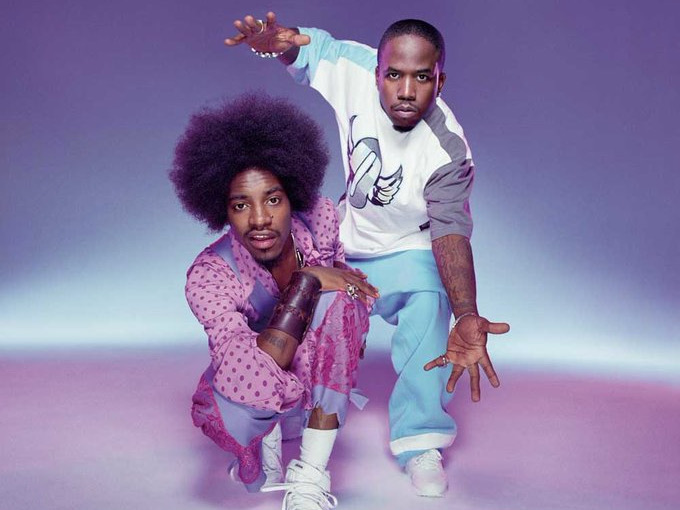 Indiana musicians will perform songs popularized by Outkast (from left, Andre 3000 and Big Boi) as part of this year's Tonic Ball. (File photo)

Tonic Ball, the annual benefit concert that uses cover songs to help fight hunger in Indianapolis, is set to return as an in-person event Nov. 18 in Fountain Square.

In 2020 and 2021, Tonic Ball was presented as an online show because of the pandemic. Instead of celebrating the careers of a handful of iconic artists, the online editions of Tonic Ball featured renditions of one-hit wonders in 2020 and chart-topping hits in 2021.

“We are thrilled to be back in person for 2022, after two years of wonderful virtual experiences,” said Kirsten Eamon-Shine, Tonic Ball committee co-chair, in a written statement. “Being back in these amazing Fountain Square venues means that more bands will be back in the mix, and we’re excited to see how they show up to celebrate these music icons.”

Since its debut in 2002, Tonic Ball has raised more than $1 million through sponsorships and ticket sales to donate to hunger relief agency Second Helpings.

In 2019, Tonic Ball raised enough money to provide more than 150,000 meals for people in need through Second Helpings, a not-for-profit that collects prepared and perishable food from wholesalers, retailers and restaurants and also trains people for careers in the food service industry.

At the first Tonic Ball, 12 acts paid tribute to country-rock pioneer Gram Parsons. The 2022 roster of honorees includes a pair of Rock & Roll Hall of Famers in Franklin and Hendrix. Swift has collected 11 Grammy Awards, while Outkast won six Grammys from 2002 to 2004.

The Nov. 18 edition of Tonic Ball will feature only honorees who grew up in the United States, something that hasn’t happened since 2013​​—when the music of Tom Petty, Pixies and the Grateful Dead was celebrated.

In a change from the 2019 edition of Tonic Ball, four venues will be dedicated to specific artists rather than five. The Fountain Square Theatre, previously a site where a single artist was honored, will be used for a sponsor experience. Eskenazi Health is the event’s sponsor.

Honored artists have yet to be assigned to specific venues, which becomes valuable information when attendees dart from stage to stage to catch Indiana musicians play renditions of familiar songs.

Artists interested in performing as part of Tonic Ball are encouraged to sign up through Sept. 23 at tonicindy.com.

2 thoughts on “From Aretha Franklin to Outkast: Tonic Ball reveals its honored acts”