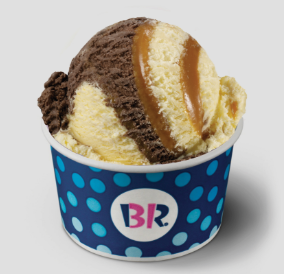 The Marion County Health Department has shut down the Baskin-Robbins ice cream shop in Broad Ripple because its air conditioner is broken, and the store’s owner said he has no plans to reopen the shop.

On July 14, the health department ordered the Baskin-Robbins at 2201 Broad Ripple Ave. to close immediately. According to an inspection report from that day, an investigator said that the lack of air conditioning had caused the store’s freezers to malfunction, the store’s interior temperature to rise to 95 degrees and the ice cream to melt.

The report also noted several other violations, including ice cream being stored on the floor of the walk-in freezer, ice build-up melting onto open ice cream containers in the display freezers, and green fluid from the air conditioner leaking from the ceiling onto a plastic sheet hung above the display freezers.

The store’s franchisee, Bob Holocher, said he’s had ongoing problems with the air conditioning and has been in a dispute with the building’s owner over who should pay for the repairs. Holocher said the temperature inside the store had recently been as high as 90 degrees because of the lack of air conditioning.

The building, a small retail center with several other tenants, is owned by Hurwitz Enterprises, a commercial real estate firm in Springfield, Illinois.

Hurwitz Enterprises’ managing broker, Joe Hurwitz, said the store has two air-conditioning units. One was supplied by him as the landlord, and one was supplied by the space’s previous Baskin-Robbins franchisee. It’s not uncommon for a food-service tenant to install an additional unit at its own expense, Hurwitz said, because restaurant equipment throws off a lot of heat.

Hurwitz said it was the tenant-installed air conditioning unit that malfunctioned, and therefore its failure is the tenant’s responsibility. “The unit that went bad, as a landlord I have absolutely nothing to do with it.”

Holocher said he and his wife, Jane, had intended to close the Broad Ripple store Aug. 8 because of the problems. But a customer complaint prompted the health inspection that forced the shop to close last week.

Holocher, who is 81 and a retired air traffic controller, said he doesn’t intend to reopen that location. In addition to the air conditioning problems, he said he’s also struggled to find enough good employees in recent months.

The Holochers also own the Baskin-Robbins at 1280 U.S. 31 in Greenwood. That store is operating smoothly and will remain open, Holocher said.

Baskin-Robbins was founded in 1945 in Glendale, California, and is headquartered in Canton, Massachusetts. It is considered to be the world’s largest ice cream chain, with more than 8,000 locations, including more than three dozen stores in Indiana.