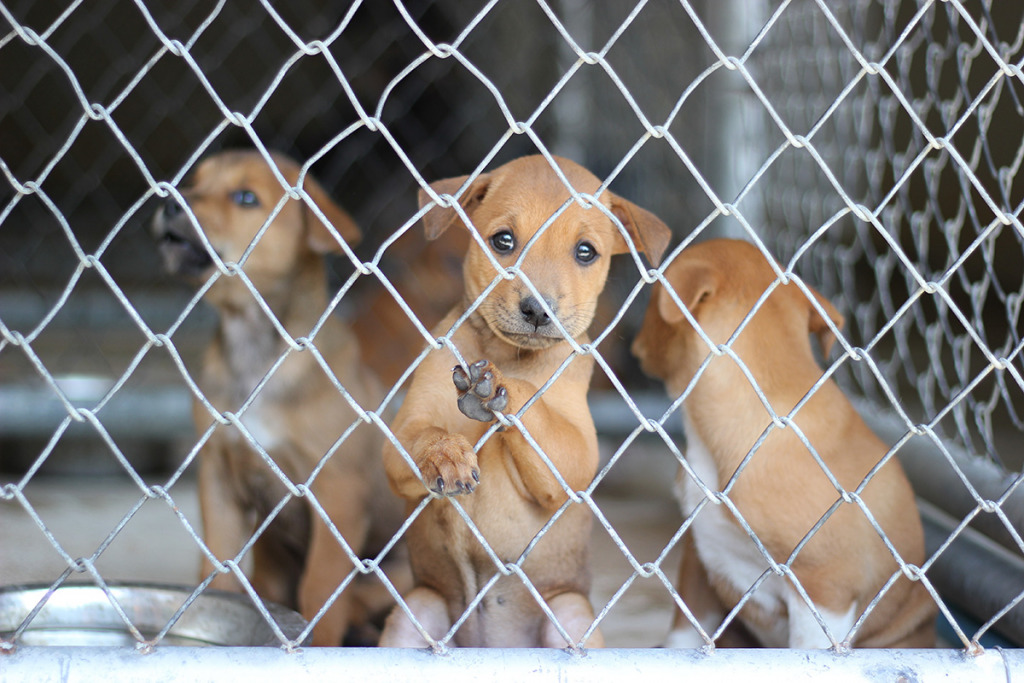 A national pet brand chain is a driving force behind two Indiana bills that would block local communities from enforcing outright bans on the retail sale of pets, drawing pushback from animal advocates.

Such ordinances already exist in cities like Bloomington and Carmel. Pet stores in those municipalities are currently barred from selling cats or dogs within city limits. Instead, they can only collaborate with animal care or rescue organizations to show adoptable cats and dogs.

Corporate and franchise representatives from Petland, the nation’s largest chain of stores that sell puppies and other pets, testified that the bills offer “relief” from those types of bans and promote a regulated market for pet stores to sell animals from reputable breeders.

They maintained that Petland stores do not purchase animals from puppy mills.

The Humane Society of the United States and other advocacy groups challenged that claim while testifying at the Statehouse, however, doubling down on their nationwide lobbying efforts to call out Petland for “routinely deceiving consumers into believing the dogs they sell are raised humanely.”

A House and Senate version of the bill are nearly identical. Both measures were debated in respective chamber agriculture committees on Monday and could be voted on as early as next week.

Rep. Mike Aylesworth, R-Hebron, emphasized that his bill seeks to make sure that animals “are properly certified” when they’re sold.

Sen. Blake Doriot, R-Goshen, who authored the senate version of the bill, said his goal is to hold breeders to a “higher standard.”

Lawmakers spent considerable time debating the language of the bill pertaining to local bans. Sen. Jean Leising, R-Oldenburg, who chairs the Senate Agriculture Committee, said additional time is needed to work out “confusion” and to “make sure that every one of us knows what we’re passing.”

Under an amended version of the Senate bill, a city or town would be prohibited from adopting or enforcing a regulation that prohibits sales of domesticated animals — like cats or dogs — from retail pet stores that source animals from state-approved breeders.

Those breeders or brokers must be certified by the U.S. Department of Agriculture (USDA) with a clean record for at least two years, or they have to be registered in Indiana and certified by a national science-based breeder standards program, according to the draft legislation.

The bills would also require additional records for dogs or cats to be sold in a pet store — including those relating to vaccinations and pedigree information. Another provision seeks to carve out a remedy for customers if a pet is unfit due to illness or disease. Other language would prohibit anyone in Indiana under the age of 18 from buying a dog.

Petland representatives said they aren’t trying to impact current municipal bans, however — just future ones. Legislative counsel noted, too, that cities like Carmel could challenge the law in court in an effort to keep their current pet store ordinances in place.

Indiana lobbyist Mark Shublak, who spoke in support of the bills on behalf of Petland, said the proposed policy “balances the interests” of municipalities, pet stores, consumers and animal welfare advocates “who want to ensure the health and safety of animals from all stages of their life.”

“It does not seem fair or just for a municipality to decimate sales of a business that’s been in existence — operating on high standards — and without cause, hinder that business’ sales to a point where it has to close,” Shublak said, pointing to a statewide pet store ban in Illinois that forced Petland stores there “to close overnight.”

“We’re not doing anything to promote bad breeders when we’re buying from good breeders,” he continued.

An end to puppy mills?

But Chris Bandy, representing Accelerate Indiana Municipalities (AIM), said the bills would equate to more work and expenses for local animal control, given that “shelters are already filling up, and that costs a lot of money.”

“We’re just asking for local control when it comes to these local matters that are funded by local resources,” Bandy said, noting that at least a dozen Indiana communities already have some type of local pet store ordinance in place.

More yet, Samantha Morton, Indiana State Director for The Humane Society of the United States, held that the bills are being pushed by a company “that solely exists to make profits off the backs of puppies.”

She said consumers should instead be encouraged to connect with pets at shelters or reputable breeders.

“This bill was brought forth to preempt localities from making local decisions about their pet stores,” Morton said. She said that even if Petland’s Indiana breeders are reputable, the stores can still source pets from out-of-state puppy mills.

Elizabeth Kunzelman, Petland’s vice president of legislative and public affairs, maintained that the Ohio-based company only buys pets from breeders that are licensed, inspected and regulated by the USDA. She said the company regularly visits breeders to ensure animals are raised in good conditions.

“Banning stores doesn’t stop puppy mills, it fuels them. Banning accountable brick-and-mortar small businesses like Petland continues to be the only solution to puppy mills offered by (animal advocates),” she said, adding that Petland blacklists breeders if they amass violations or are found to be raising pets in conditions “that we don’t like.”

Kunzelman said, too, that the pet store chain helps consumers connect amid a “shortage of dogs: “There’s not even enough shelter dogs to satisfy the demand.”

But Amy-Jo Sites, director of Fort Wayne’s Animal Care and Control, disagreed. She said the city’s animal unit took in more than 3,800 dogs last year — of which only 20% were adopted. Another 40% were reclaimed by their owners, while the remaining 40% had to be euthanized due to behavior or medical reasons.

She additionally pointed out that local animal control offices in Indiana do not receive state funding.

“The communities that have passed these pet store ordinances really did pave the way for larger shelters like myself to be able to follow suit,” Sites said. “Taking this away from us will literally increase euthanasia at shelters, especially full-access shelters like my own.”