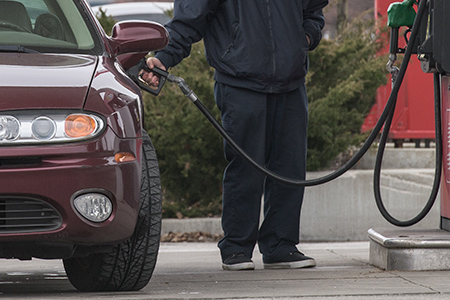 Last month's drop was led by gas prices, which sank 13.4% from November to December.

Indiana’s state gasoline taxes will drop by about 3 cents per gallon next month to their lowest level since April as pump prices have declined from record peaks six months ago.

A total of 52.9 cents per gallon in state taxes will be charged during January under rate changes released Tuesday by the Indiana Department of Revenue.

That tax rate will be 9.5 cents less than August’s record-high rate of 62.4 cents, a fluctuation that comes as Indiana’s 7% sales tax on gasoline is calculated monthly along with a set tax directed to road projects.

Republican Gov. Eric Holcomb and GOP legislative leaders rejected calls from Democrats earlier this year to suspend state gas taxes to aid residents amid the high national inflation rate and the spike in gasoline prices following the Russian invasion of Ukraine in February. The Republican-dominated Legislature, instead, over the summer approved $200-per-taxpayer rebate payments from the state’s surging budget surplus.

The January gas sales tax of 19.9 cents a gallon is nearly double the rate from early 2021. The state’s road projects tax went up by 1 cent a gallon in July to 33 cents under an automatic increase for inflation allowed under a 2017 plan pushed by Republicans.