Indiana’s unemployment rate held steady in April at an all-time low of 2.2% while the national rate remained at 3.6%, according to numbers released Friday by the Indiana Department of Workforce Development.

April’s rate of 2.2% was a far cry from the mid-teen highs seen in the first months of the pandemic in 2020.

In effect, a labor force participation rate of 62.4% means that more than a third of Hoosiers of working age (16 and over) are not employed and are not seeking work.

The rate plunged to 60.8% at the beginning of the pandemic and then bounced back a bit. It began the 21st century hovering near 68% but began a bumpy descent in late 2003 to about 64% just prior to the pandemic.

The unemployment rate is a different measure, only representing those in the labor force who are actively looking for work but cannot find a job.

An estimated 72,191 Hoosiers are currently unemployed and seeking jobs, the state reported. That’s down from 88,240 in December and 100,696 in November.

Indiana’s labor force—composed of both employed and unemployed-but-seeking-work residents age 16 and over—was 3,347,813, an increase of 15,383 from March.

There are 161,513 open job postings in Indiana, while 20,917 people received unemployment benefits in April, the state said.

“We continue to be encouraged by the increasing number of Hoosiers who are re-entering the workforce,” DWD Commissioner Fred Payne said in a media release. “With unemployment sitting at its lowest point in a generation, it’s a great time to take advantage of the job opportunities that are available.” 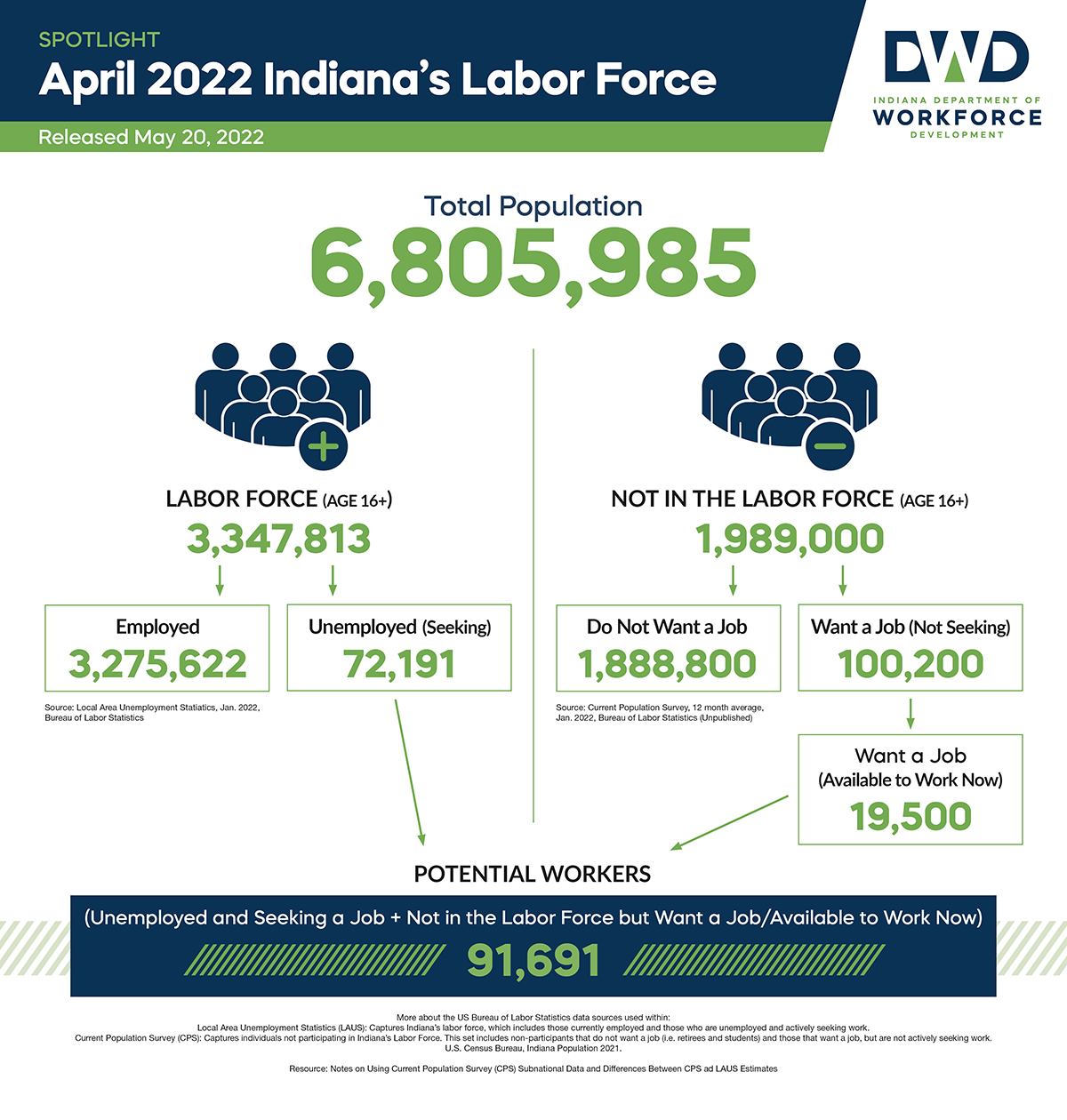