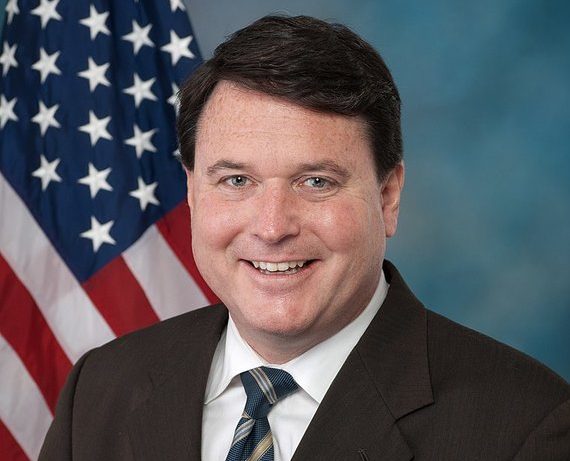 An informal advisory opinion issued to Indiana Attorney General Todd Rokita about the private-sector job he also held while beginning his term in state office must be made available to the public, a Marion County judge ruled this week.

The decision comes nearly two years after a local voting rights activist made a push for the document to be released. Barbara Tully originally asked the attorney general’s office for a copy of the opinion, but the office denied her public records request.

Marion County Superior Court Kurt Eisgruber said in his Tuesday order that Rokita had 30 days to redact the opinion and then the judge will make it public.

Eisgruber noted that the Indiana Ethics Commission rules and the Indiana Access to Public Records Act require the opinion to be accessible for review.

Rokita drew criticism after the Indianapolis Business Journal reported that he worked for Apex Benefits, a health care brokerage firm, while he was serving as attorney general.

He requested an informal advisory opinion from the inspector general’s office to review potential conflicts of interest in January 2021, a day after he began as attorney general.

Before he was elected in November 2020, Rokita worked as general counsel and vice president of external affairs at the company. He continued working as a strategic policy advisor—and part owner of the company—after assuming state office. He left the company after the uproar.

“I have concluded my limited involvement in Apex Benefits and am divesting my equity position so as to remove any potential concerns for the company and its clients,” Rokita wrote in a March 2021 tweet from his attorney general account.

Tully requested to view the report after the attorney general’s office publicly announced that the inspector general had determined Rokita’s “interests and outside employment are all squarely within the boundaries of the law and do not conflict with his official duties.”

But Rokita’s office denied her public records request. The Indiana Public Access counselor additionally opined that Rokita had the discretion as to whether to release the information.

Tully then filed suit under APRA, seeking a court order to require Rokita to release the opinion.

In the complaint, Tully argued that Rokita waived his privilege to refuse to disclose the opinion when the attorney general’s spokesperson voluntarily disclosed the essence of the inspector general’s report.

Rokita, on the other hand, cited an inspector general’s rule which purports to authorize the inspector general to issue “confidential informal” advisory opinions that can be selectively withheld from public disclosure at the requestor’s discretion.

After unsuccessfully seeking dismissal of Tully’s lawsuit, Rokita subsequently asked the court to grant summary judgment in his favor.

The court further held that keeping such an opinion issued by a public agency from public inspection would be contrary to the letter, intent, and spirit of APRA’s policy of governmental transparency.

Eisgruber ordered Rokita to submit a proposed redacted version of the inspector general’s opinion for the court’s review and withheld final judgment and assessment of attorney fees and costs for 30 days.

Tully said in a statement that she plans to ask the court to order the opinion’s release without redactions.

A spokesperson for the attorney general’s office said Rokita is reviewing the ruling. He can appeal.

“But as we have argued, this promotes bad public policy as there is significant value in state personnel seeking confidential advisory opinions before they act so good government can be maintained,” Rokita’s office said in a statement Thursday. “This ruling, if it stands, will have a chilling effect on state employees and drive behavior underground, resulting in waste, fraud, and abuse to the taxpayer.”