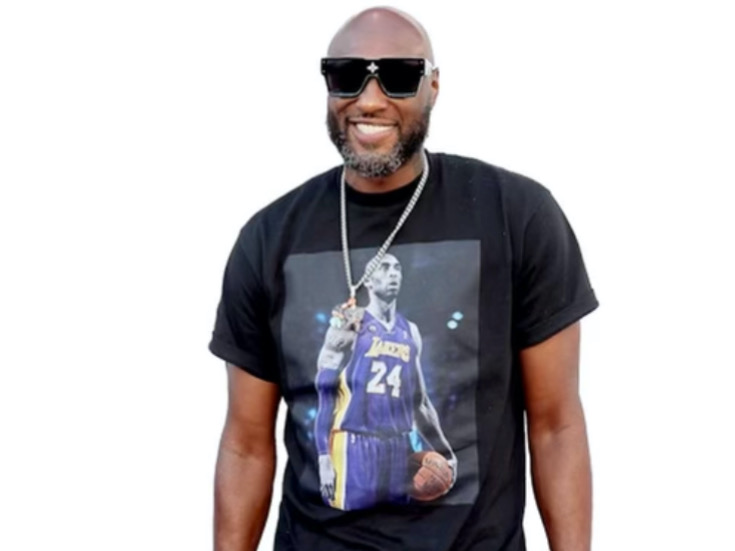 Lamar Odom won NBA titles as a member of the Los Angeles Lakers in 2009 and 2010. (Photo provided by Entertainment Junction)

Odom told the IBJ he had been seeking CBD options when his management was contacted by Higher Life founder Brandon Howard, who founded his store at 901 N. Pennsylvania St. in 2018.

“I played in the NBA 14 seasons, so every once in a while one of those nagging issues flares back up,” Odom said. “I was wondering how I could doctor myself. I figured CBD would be a great business for me to get into.”

Howard said he frequently attempts to connect with celebrities for potential partnerships in the CBD industry, a field in which a compound derived from hemp is marketed as an aid to reduce anxiety and improve sleep routines.

Higher Life products have not been designated by the U.S. Food and Drug Administration as safe and effective. The company does not assert that its products treat or prevent diseases or medical conditions.

Odom, who won two NBA titles as a member of the Los Angeles Lakers, has his name and likeness attached to seven Higher Life products, including a “sports tincture.”

Featuring TCHV, or tetrahydrocannabivarin, the sports tincture is sold in 4,000-milligram bottles for $100 each. The product is ingested by using a graduated dropper under one’s tongue.

“It definitely works,” Odom said. “It takes about 15 minutes. It soaks right in and puts some pep in your step.”

In 2017, Odom told US Weekly magazine that drug use killed his drive to train and be in shape. Two years earlier, he was found unconscious with cocaine in his system in a Nevada brothel.

He completed a rehab stint in 2017. He also partnered this month with cannabis company Flight Path in California, where he lives and where marijuana use is legal.

Odom said he uses cannabis to keep him away from “the stronger stuff.”

“Everybody’s road to sobriety is different,” he said. “We all haven’t had the same ride with our struggles. For me, personally, it helps.”

In Indiana and on a federal level, marijuana remains illegal and is listed as a Schedule I drug, a tier reserved for drugs with a high potential for abuse and no medicinal benefit, according to the U.S. Drug Enforcement Administration.

After investing in Higher Life this month, Odom became a co-owner of the company with Howard.

“We’re going to change the market,” said Odom, who expressed plans to speak daily with Howard. “I’m going to try to stay involved as much as possible.”