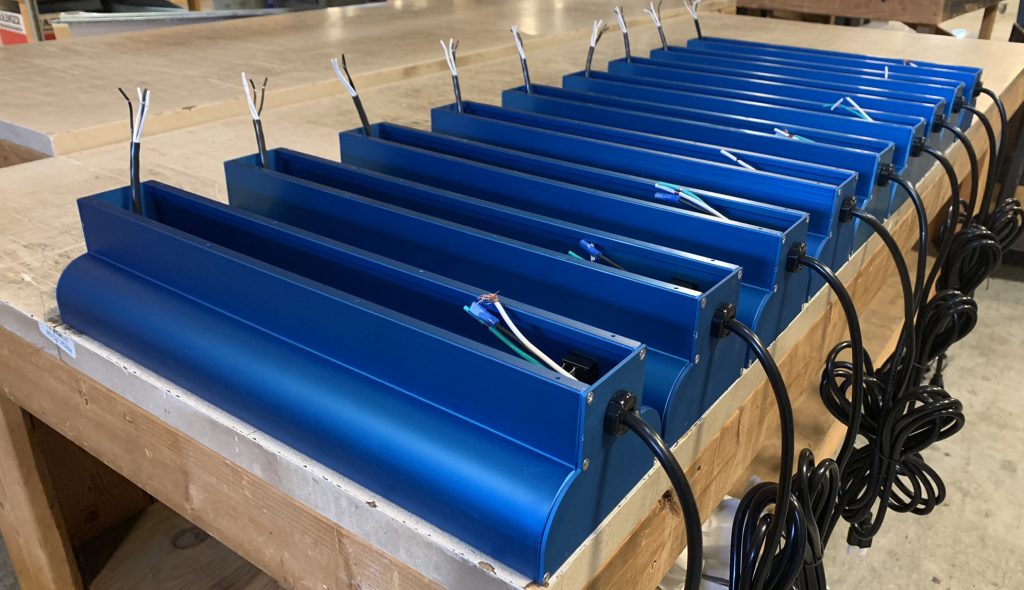 Lebanon-based American Ultraviolet Co. Inc. used to sell about 10 handheld disinfecting lights a month before the coronavirus outbreak. Now, its churning out 250 units a week.

Though tests evaluating ultraviolet light’s effect on COVID-19 are limited so far, it is believed UV rays at the proper wavelength kill the virus on many surfaces, just as they do on many other bacteria, viruses and other harmful microbes.

“When [ultraviolet light] comes in contact with the DNA of a microscopic organism like a mold spore, a bacteria or a virus, that wavelength of energy is able to penetrate the cell walls and alter its DNA,” Jeff Stines, marketing director for American Ultraviolet, said. As a result, “the puzzle pieces don’t match up. Effectively, if an organism can’t reproduce, it will die out.” 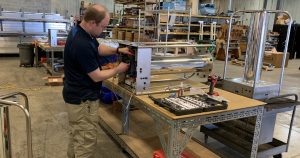 Stines said viruses with a single strain of DNA like a coronavirus are especially susceptible to the germicidal and disinfectant properties of the UVC wavelength American Ultraviolet artificially creates. That wavelength is safe for surfaces but not for humans.

“UV isn’t the silver bullet. It’s not going to solve it all by itself, but it’s part of a multi-barrier approach to containing the pandemic,” Stines said.

The company moved to a 70,000-square-foot facility in Lebanon in 1995 and now has facilities across the nation. American Ultraviolet has 52 employees in total, with 38 of those employees working at the Lebanon headquarters.

Three of those employees were hired in just the last month, and Stines anticipates hiring more workers to perform “pretty straightforward electrical wiring and mechanical assembly.”

Hiring a few more workers wasn’t enough to keep up with demand, though. Stines said American Ultraviolet changed the housing of its handheld Blade unit into a single piece and reorganized its facility to give that model its own production area.

Stines said doing most of the work in-house keeps American Ultraviolet’s costs up to 35% lower than its competitors. Currently, the company’s handheld units sell for $699.

American Ultraviolet makes a variety of other ultraviolet lamps, including a tower that can be set to disinfect an entire room and a mobile unit designed for the back of an ambulance.

The company has gone from selling one ambulance mobile unit a month to as many as 10.

Witham Health Services has been a longtime partner with American Ultraviolet, Stines said. And though there’s widespread demand, he feels the current orders are coming from the health care professionals that need them the most.

“Now, everybody wants one of these,” Stines said. “This is our game day. This is what we’ve been preparing for for 60 years. The best thing we can do is make these as fast as possible and ship them in the order in which they were ordered.”