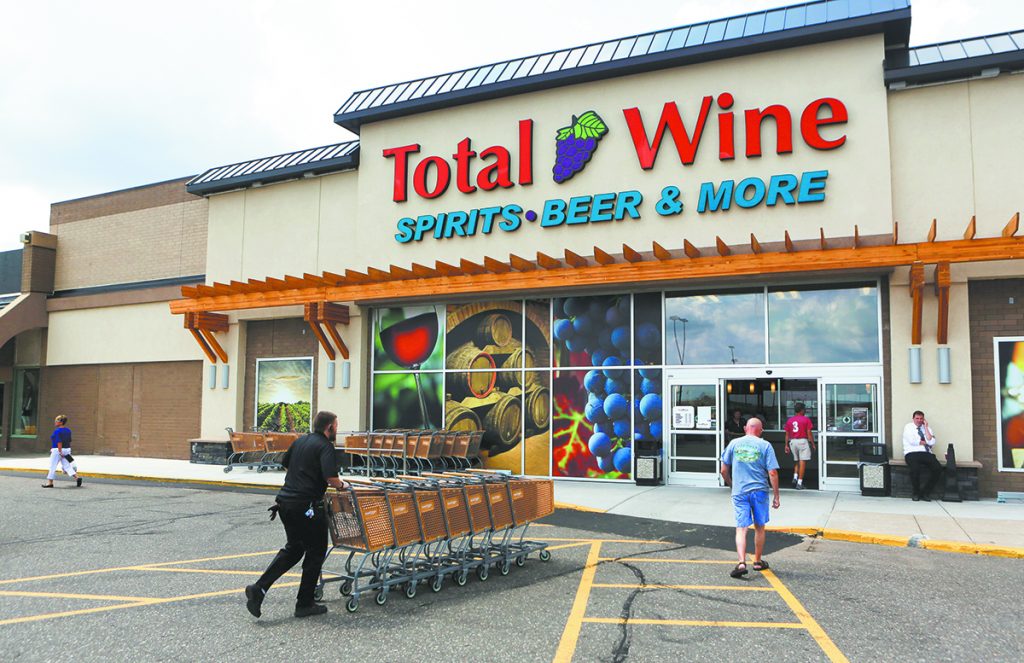 Total Wine has built a reputation for aggressive discounting and for its wide selection of wines, beers and spirits. (AP photo)

Plans by a Maryland-based company to open a liquor superstore in a former Marsh supermarket on East 86th Street hit a legal snag Tuesday morning when Indiana regulators ruled the company does not meet the state’s residency requirements.

The commission said state law prohibits it from issuing a retail permit to any company unless at least 60% of the company’s common stock is owned by people who have been Indiana residents for five years.

The owners of Total Wine, based in Bethesda, Maryland, are not Indiana residents, but the company is almost certain to challenge the law in court. The company was part of a recent legal challenge to similar residency requirements in Tennessee. That case ultimately made its way to the U.S. Supreme Court, with the justices ruling in a 7-2 decision last summer that the restrictions are unconstitutional.

David Cook, chairman of the Indiana Alcohol & Tobacco Commission, acknowledged that state law might not withstand a legal challenge on the residency requirements following the Supreme Court ruling.

“And while that might be true, this administrative agency has no legal authority to determine the constitutionality of state statutes,” Cook said.

Vice Chairman John Krauss said the commission was in a “legal quagmire” because of the ruling in the Tennessee case.

“But until the General Assembly or a court acts to invalidate our existing statute, we have no choice but to  deny the permit,” he said.

Total Wine wants to remodel about 26,000 square feet of the former Marsh supermarket at 1460 E. 86th St. in the Nora Corners Shopping Center, according to plans it submitted to the state.

The former Marsh space, which measures about 49,000 square feet, went vacant when the now-defunct grocery chain closed the store in April 2017 and filed for bankruptcy a month later.

Discount grocer Aldi later opened a store in the space in 2018 but left more than 25,000 square feet empty.

The company is known for pushing hard against long-standing alcohol laws. It is credited with overturning a ban on Sunday alcohol sales in Minnesota, pushing for later closing times in Connecticut and overturning a ban on volume discounts in Maryland. In Massachusetts, it successfully sued to overturn a regulation that prevented retailers from selling alcohol below cost.

Alex Intermill, a lawyer at Bose McKinney & Evans who represents Total Wine, attended the hearing but declined afterward to say whether the company might sue the commission to overturn the residency requirement.

Jeff McKean, a lawyer representing MH Nora LLC, the property owner on East 86th Street that currently holds the permit and wants to transfer it to Total Wine, said customers would lose out if the state doesn’t ultimately grant the liquor permit.

MH Nora acquired the permit last fall from escrow, with the intention of transferring it to Total Wine, he said. The permit was previously owned by a liquor store at another location in Indianapolis that went out of business several years ago.

“We’re disappointed on behalf of the consumers of Indiana,” McKean said after the hearing. “We feel it’s been a long time coming. The decision in the Tennessee case, we think, makes the result in this situation obvious.”

“We’re just going to have to take a few more steps to get to that point,” he said.