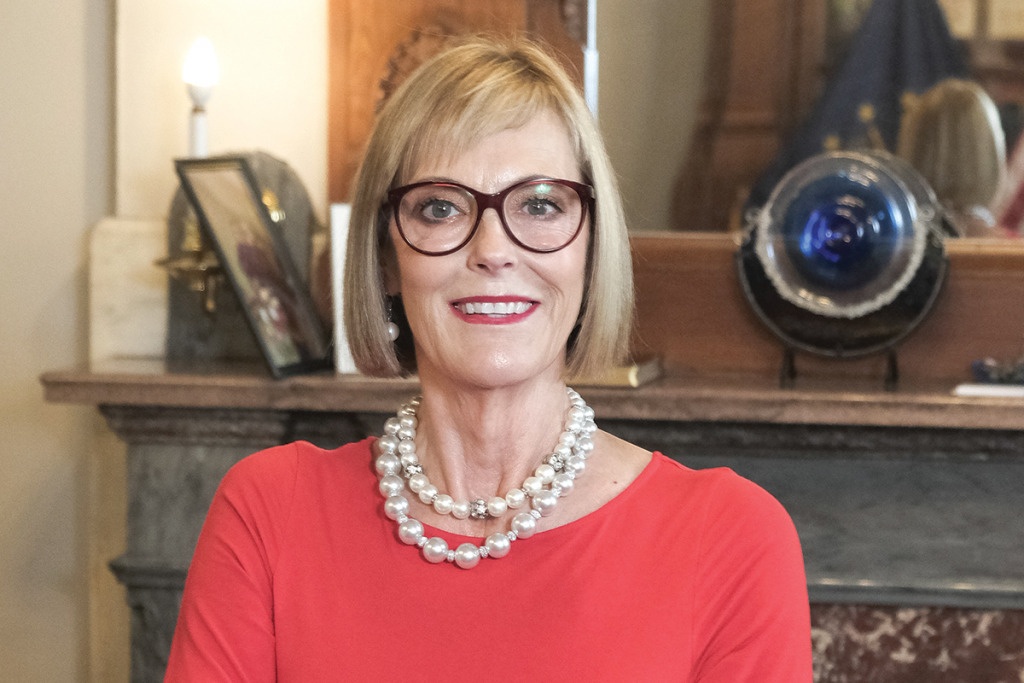 Indiana Lt. Gov. Suzanne Crouch formally started her 2024 campaign for governor on Monday and said she would not shy away from Republican Gov. Eric Holcomb’s record despite discontent among many conservatives over his COVID-19 policies and other actions.

Crouch, who was Holcomb’s running mate in 2016 and 2020, is joining U.S. Sen. Mike Braun in what could become an expensive fight for the Republican nomination in hopes of extending the GOP’s 20-year-hold on the governor’s office. Holcomb cannot seek reelection because of term limits.

Crouch announced her campaign in an online video message released just hours ahead of Braun’s campaign kickoff luncheon with supporters at a downtown Indianapolis steakhouse. Braun filed paperwork on Nov. 30 with state election officials allowing him to raise money for the governor’s race, a move that will forego him seeking another Senate term when that seat also goes up for election in 2024.

Braun, 68, was a little-known wealthy businessman before fueling his successful 2018 Senate campaign with more than $11 million in personal loans. He presented himself as a political outsider, defeating Democratic Sen. Joe Donnelly.

Crouch, 70, said her campaign to become Indiana’s first female governor would highlight her decade as a local government official in Evansville before joining the state Legislature in 2005. She then served three years as state auditor and became lieutenant governor in early 2017.

Crouch has already raised more than $2.5 million for her campaign and Fort Wayne businessman Eric Doden, who was a state economic development official for then-Gov. Mike Pence, has raised a similar amount since he kicked off a campaign last year for the Republican nomination.

Crouch has been a loyal administration member under Holcomb and appeared at his side during several of his near-daily news conferences during the initial months of the COVID-19 pandemic in 2020.

Holcomb easily won reelection in 2020, but frustration among conservatives over COVID-19 business restrictions and a statewide mask mandate boosted a Libertarian candidate to 11% of the vote. Holcomb further angered conservatives — and drew a public denouncement from Braun — with his veto in March of a GOP-backed bill banning transgender females from competing in Indiana girls sports teams.

Crouch said Indiana’s economy and state finances had continued to improve during Holcomb’s time as governor.

“We have accomplished a great deal and I’m proud of that record, not just over the past six years, but over the past 17 years being a part of turning this state around,” Crouch said.

During Crouch’s announcement video, supporters donned her signature red-rimmed eyeglasses. Crouch emphasized common conservative stances, such as saying she would “make sure it’s parents and nobody else who’s in charge of what’s being taught to your children.” She also called for enforcing criminal laws “to the fullest” and decried “our country’s wide open southern border” as the source of illicit fentanyl blamed for many overdose deaths.

State campaign filings show no other Republicans are actively raising money for the 2024 governor’s race, but that doesn’t mean the GOP field is set.

Republican U.S. Rep. Trey Hollingsworth alluded to a possible run for a different office when decided to not seek reelection this year—and some Republicans are hoping that former Gov. Mitch Daniels will seek a Statehouse return after he steps down as Purdue University’s president at the end of December.

Discussions of possible 2024 statewide Democratic candidates have centered on Donnelly, who is now President Joe Biden’s ambassador to the Vatican, and former state schools superintendent Jennifer McCormick, who won election as a Republican in 2016 but has since switched parties after disputes with GOP Statehouse leaders over education policies.