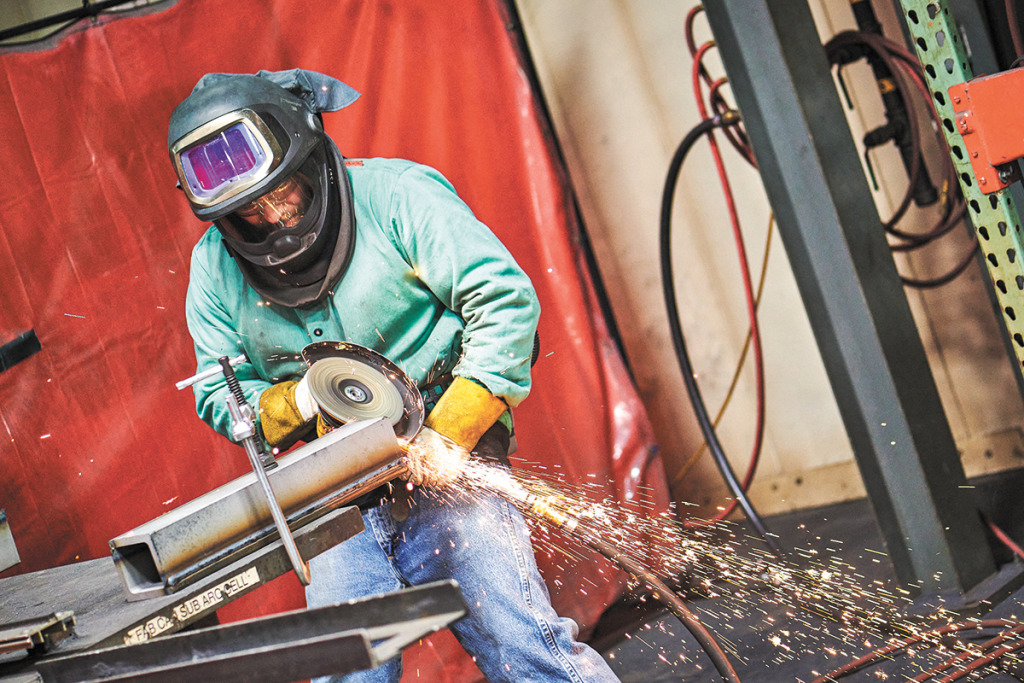 Major Tool & Machine, whose customers include the federal departments of defense and energy, has not been slowed by the pandemic. (Photo courtesy of Tim Schumm Photography)

One of the largest and oldest manufacturers in Indianapolis has been acquired by a Maine-based company with multiple divisions in the United States and Canada, the companies announced Tuesday.

Major Tool and Machine, or MTM, employs 425 people and operates more than 630,000 square feet of manufacturing space at 1458 E. 19th St., on the city’s northeast side. It ranks as the 14th largest manufacturer in the Indianapolis area, based on employment.

MTM said it would operate under its existing brand and “continue to serve the same markets and customers as we have been.”

The company said it is hiring and expects the acquisition to “positively affect” its employment outlook.

MTM serves the aerospace and defense, power generation, energy, semiconductor, and oil and gas markets. It offers large-format machining, fabrication and assembly services, including milling and turning machining, and manual and robotic welding.

The company has been on a growth tear in recent years despite the pandemic because many of its customers are federal agencies such as the Department of Defense and the Department of Energy that didn’t scale back spending. It also doesn’t work in the automotive or commercial aircraft markets, which were hurt by the pandemic.

Precinmac is a diversified manufacturer of high-precision machined components and assemblies in the aerospace and defense, semiconductor, medical and general industrials sectors.

It said the acquisition of MTM expands its “capabilities and differentiated value proposition to customers.”

“We are excited to expand our capabilities by adding a best-in-class large format business which expertly serves the needs of the market,” said Eric Wisnefsky, CEO of Precinmac, in written remarks. “This acquisition is another step in the advancement of our multi-faceted strategy to expand our business through acquisition in all sectors of the industry base. Major Tool and Machine is a full complement to our existing portfolio.”

Precinmac had six divisions before the acquisition: Maine Machine Products Co. and Hoppe Technologies in Maine, Trimaster Manufacturing and HPG in Ontario, and Viper Northwest and Shields Manufacturing in Oregon.

The company is owned by Pine Island Capital Partners, Bain Capital Credit and Compass Partners Capital, which acquired the business in April 2020 from New York-based GenNx360 Capital Partners. It has made at least three acquisitions since the change in ownership.

“We are very excited for both our customers and employees to join the Precinmac family of companies,” said Steve Weyreter, longtime owner of Major Tool and Machine, in written remarks. “It is clear that Precinmac is poised to support the continued demand of our customer base by providing additional resources with additional capital equipment and hiring of people.”