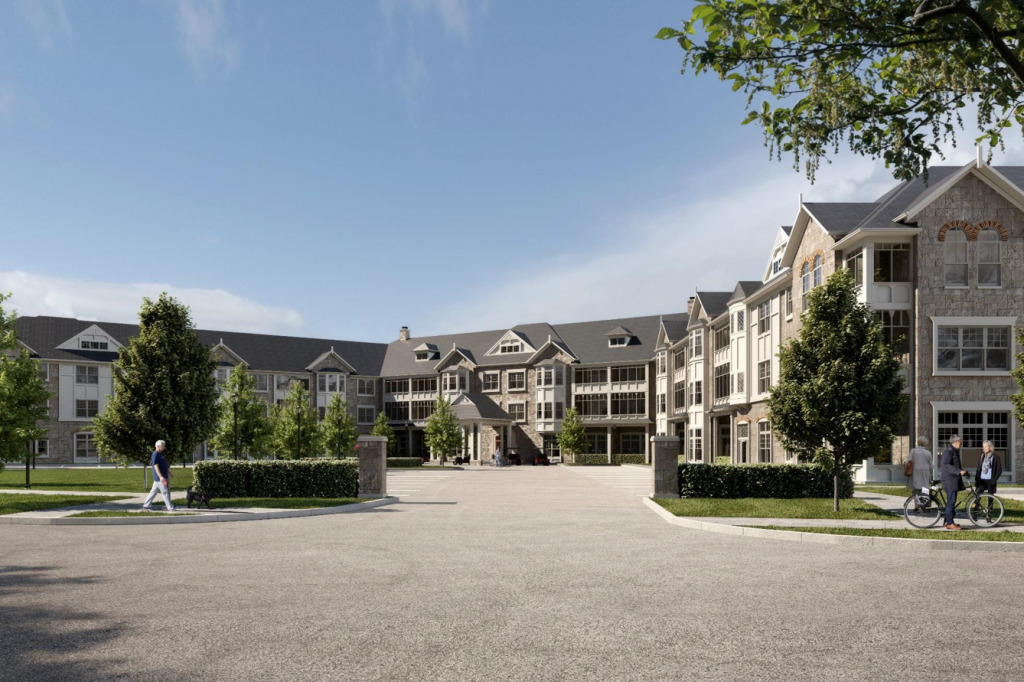 Gray Eagle Golf Club in Fishers announced a plan Tuesday to improve and reinvest in its facilities by turning a portion of its driving range into an age-restricted, multifamily development.

RN Thompson Golf, which owns the Gray Eagle, 12500 Brooks School Road, announced in 2018 that it planned to close the golf course at the end of 2019, but the course continued to operate in 2020 as it sorted through potential redevelopment plans.

The owners, the Gray Eagle Homeowners Association and Carmel-based developer J.C. Hart Co. have since collaborated on plans for a 55-and-older residential planned unit development on 21 acres of the course’s driving range. Early designs include 101 garden-style apartments, 28 townhouses and 20 duplexes at the southeast corner of East 126th Street and Brooks School Road.

“I live on the 16th hole, so I have a great view of the course, and I want it to stay that way,” said Todd May, J.C. Hart’s vice president of development. “The vision of it is to have a golf village right here in the Midwest.”

Several developments have previously been proposed on the site of the golf course, including I-Town Church’s bid for a new complex across the street from Brooks School Elementary. Neighbors strongly opposed the projects, fearing they would increase traffic, eliminate green space and potentially hurt the viability of the golf course. I-Town eventually dropped its plan for the Gray Eagle property and found a site farther north.

Members of the Gray Eagle Homeowners Association board spoke in support of the proposed multifamily development during Tuesday’s Fisher City Council meeting, in part for the financing plan it puts forth to support the course.

“This solution itself is a resident initiated-solution,” Dave Brackenhoff, the association’s board president, said.

There are no specifics yet, but J.C. Hart and RN Thompson are requesting the city issue a developer-backed bond in support of the project that would be paid for by the development’s increase in assessed value.

If the city approves the tax-increment financing, RN Thompson has agreed to operate the golf course for 15 years, make improvements to the course, update and expand the clubhouse, and offer the homeowners’ association a right of right of first refusal for the golf course. If the northwest corner of the property is rezoned, RN Thompson also said it would transfer the course to the homeowners.

The project will have to be reviewed by the city’s planned unit development committee, technical advisory committee and several other public reviews before it—and the associated economic agreement—are approved.

May said he’s bullish on the idea because Fishers has yet to meet the need for empty-nester housing offering Baby Boomers a maintenance-free lifestyle. The proposed development includes lower-floor master bedrooms in the townhouses and other age-friendly features, along with a pool, pickleball courts, bocce ball, an outdoor grilling and television area, and a WiFi lounge.

Council member Brad DeReamer was mentioned several times by the developers and the council for his work on the development plan.

“This is an amazing story of tenacity, creative problem-solving and leadership,” council member Jocelyn Vare said.